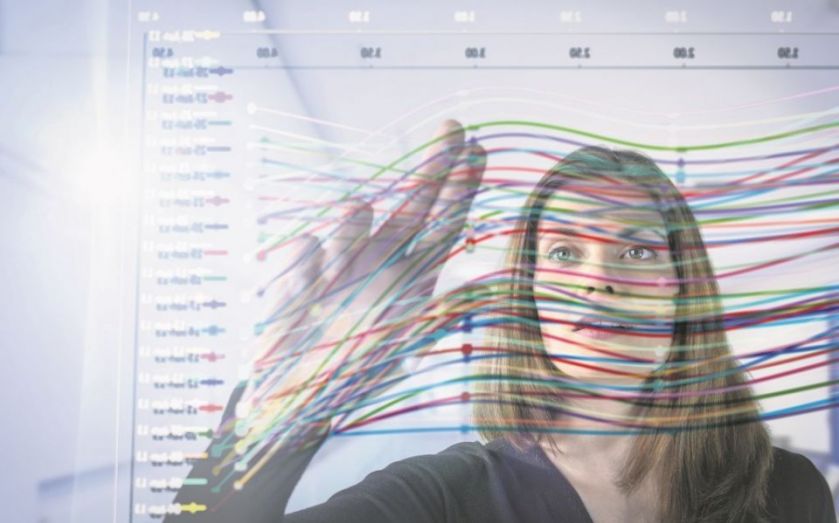 We are right in the middle of the “big data revolution”. There is a global consensus on the importance of big data and the benefits that come from harnessing its massive power.
So much so, in fact, that firms aren’t afraid to fork out serious levels of investment to keep up. A survey of large global companies conducted by Forbes in September found that 90 per cent of organisations reported medium to high levels of investment in big data analytics, and two-thirds of respondents said that big data has a significant, measurable impact on revenues.

Big data provides this competitive advantage when it is used to help organisations make better decisions. Gone are the days when businesses operated only on the experience of the boardroom when making big corporate decisions. They now have the ability to mine hundreds if not thousands of data sources, both inside their organisation and out, and build a holistic picture of the complex world they inhabit, not to mention all the opportunities and risks within it.
With such power seemingly available at almost the click of a button, it was perplexing to see the results of research by ACCA and KPMG published just last week. We took in the views of 1,100 accountants from more than 50 countries around the world, and found that 40 per cent of them believe the big decisions taken in their organisations are still primarily based on “gut feel”.
Despite a clear consensus that big data is essential, a large number of chief executives are still basing decisions on sheer instinct, rather than the information-based insight they are spending significant sums of money obtaining.

Clearly, when it comes to unlocking the power of big data, obtaining the confidence of these chief executives is vital.
The benefits of using concrete data sources, particularly external ones, are manifold; however, gaining buy-in from the top of the business is essential to unlocking their true value. If management does not trust the data on which performance insight is based, and would rather use their own instinct instead, it is very unlikely that the rest of the business will see it as an essential part of the decision-making process.
So why the lack of backing from the top for big data? Tellingly, more than half of respondents to our survey said that the finance team in their organisation is perceived principally as gatekeepers of data, or providers of basic financial analysis at best. Even with the growing importance of data to strategy and planning, the finance function is still finding its reputation as a data repository hard to shake.

OUT FROM BEHIND THE SPREADSHEET

For big data to begin to fulfil its full potential, the finance team needs to step up and begin actively guiding the business towards its strategic aims. In short, data means nothing without the right people to translate it into strategic advice – and that means accountants.
Earlier this year, a piece of work by Oxford University looked at those professions most likely to be swallowed up by automation. It came to the rather alarming conclusion that 94 per cent of accountancy roles would go this way within the next two decades.
Of course, what this fails to take into consideration is that, like any profession, roles are constantly adapting to reflect what the business needs. Where finance teams remain tied up in transactional activities, such as time-consuming data extraction or traditional month end analysis, adding value to big data becomes more difficult.
Accountants should not fear automation because technology isn’t replacing finance professionals; it is freeing them up to help to set the agenda, as well as inform it.
Most chief executives have fully embraced the idea that there is a massive opportunity in the ever-increasing volumes of data at their fingertips. What many of them are still struggling with, however, is how to turn the numbers into something they can work with.
This is where they need accountants to step out from behind their spreadsheets and shine a light on what is important and how it can be used. Otherwise, organisations risk making sub-optimal decisions that will hinder their pursuit of strategic goals and leave them unable to respond to emerging threats and opportunities.
Share: