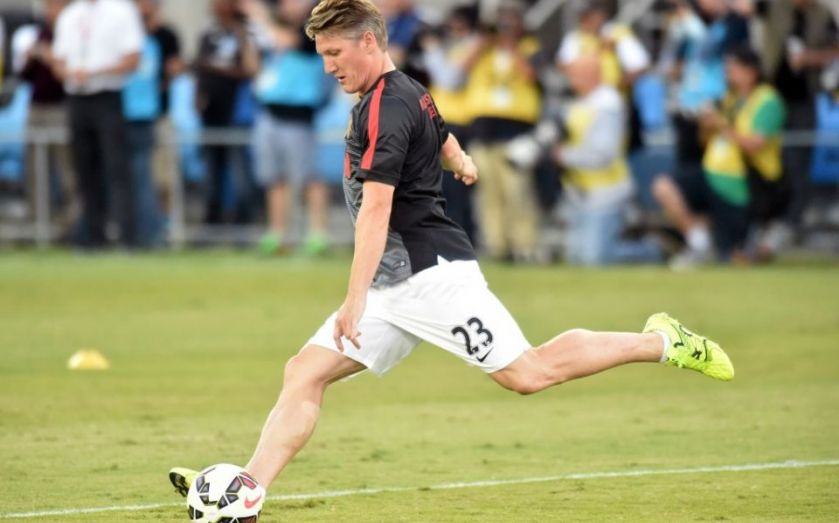 Stick or twist? That’s the quandary for every Premier League club during the summer transfer window and, while it remains open for a few weeks, Tottenham, traditionally one of the most active in the annual high-stakes gamble, have been unusually conservative.
Read more: Why Zlatan Ibrahimovic would be perfect next buy for Manchester United
Their business has mostly seen them trimming the dead wood, with Paulinho, Lewis Holtby, Etienne Capoue, Younes Kaboul, Benjamin Stambouli, Benoit Assou-Ekotto and Vlad Chiriches all shown the White Hart Lane exit door.
Spurs fans won’t be mourning their departures, but Daniel Levy needs to get the cheque book out to add to the signing of the impressive Toby Alderweireld if the club is to have any hope of breaking into the top four.
Manchester United, by contrast, have splashed the cash to stay there, recruiting World Cup winner Bastian Schweinsteiger alongside Morgan Schneiderlin, Memphis Depay, Matteo Darmian and Sergio Romero. Barcelona’s Pedro – and maybe more – are thought to be on the way.
They certainly look the better prepared of the sides ahead of their lunchtime meeting tomorrow at Old Trafford and I can’t see past United, the 8/13 favourites with Betway.
Although Spurs won there in the 2012/13 and 2013/14 seasons, they were pushed aside last time out, losing 3-0, and they would need to be a lot longer than the 9/2 available for me to back them.
Hugo Lloris’s return in Wednesday night’s friendly versus AC Milan gives the team a boost, but he has missed the rest of pre-season, so there must be questions over his sharpness.
And intensifying talk of United’s interest in star striker Harry Kane must be unsettling.
Even if he stays, Mauricio Pochettino is crying out for a new forward to ease the burden on Kane, and his squad looks lopsided.
Louis van Gaal simply holds all the aces and I think it will be a relatively straightforward start to the campaign for the Red Devils.
United to win 2-0 appeals at 13/2 with Betway and I’d be happy to sell total goals at 2.7 with Sporting Index as I don’t think the hosts will need to reach top gear.