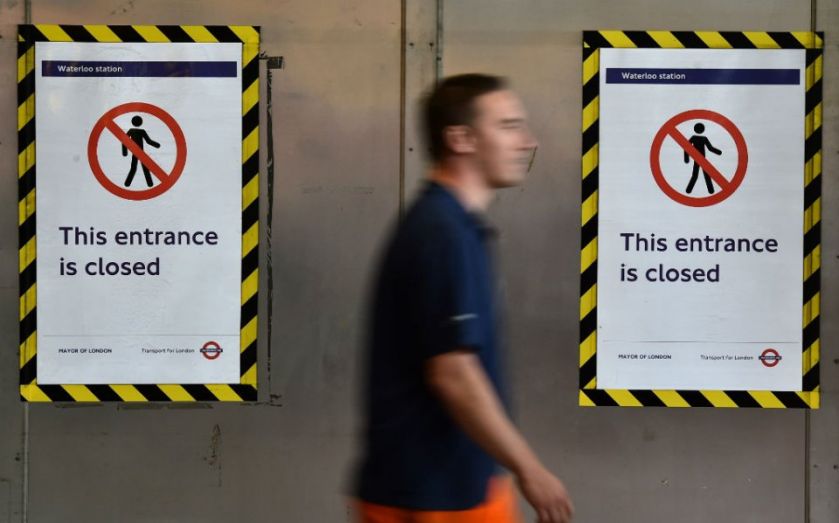 Unions planning to launch 48 hours of strikes this week have suspended their action, it was confirmed this evening

Members of the TSSA, RMT and Unite were due to walk out for 24 hours from 6.30pm tomorrow, and then again from 6.30pm on Thursday, after they reached a stalemate in negotiations over the launch of the Night Tube, due to take place on 12 September.

But in a statement today Unite said it had called off the strike as a "gesture of goodwill" as talks with London Underground continued.

“There are still some remaining sticking points, but we feel sufficient progress has been made to suspend industrial action as an act of goodwill," said Unite regional officer Hugh Roberts.

“We will continue to approach talks with London Underground in a positive manner. We trust that London Underground management seize this opportunity to reach a deal that fully addresses our members’ concerns and secures a successful future for night running on the Tube.”
TSSA leader Manuel Cortes added: "I am extremely pleased to say that our Negotiating Team has made sufficient progress to suspend this week's planned strike action on the tube. However, we are not out of the woods yet. A number of issues need to be resolved before our dispute is finally settled. We will therefore announce future strike dates in due course although we remain hopeful that further talks will soon result in a negotiated settlement".
Read more: Here's how much Tube strikes cost in lost hours
However, RMT set new dates for action if an agreement between the two sides is not met. It said walkouts will take place on 8 and 10 September if it cannot resolve "a few matters that need further attention before we can reach a final position and a resolution".
London commuters have already endured two 24-hour strikes this summer – but unions have been more divided over the two slated for this week. Members of Aslef have voted not to join this week's strikes.
Nick Brown, managing director for London Underground, said:

It is good news for London that the strike has been suspended.  We will now continue to work with the unions, so that we can resolve this dispute and get on with delivering for our customers, businesses and London.