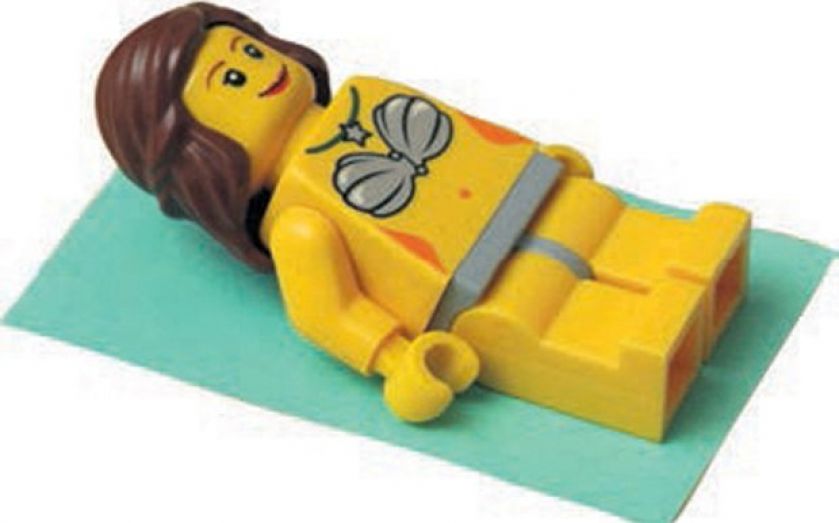 WHAT do you do when you need to clearly communicate dense fiscal research to the masses? Employ Lego, of course!

Yesterday the Treasury published an article called “12 things that £1,400 UK Dividend could buy”, which illustrated each point with little yellow men. How very Buzzfeed – can we expect 12 cats that look like George Osborne next?

The article outlined some luxuries on which our Scottish cousins could spend all the extra wonga they would get from staying in the UK, according to the Treasury’s sums.

“The analysis of an independent Scotland we published recently was about 90 pages and extremely robust but nobody would describe it as accessible,” a Treasury spokesperson told The Capitalist. “The Lego theme gets the fundamental analysis across in a way people can access.” Words hard, Lego easy.

The money-spending scenarios listed include an overseas holiday for two with cash left over for sun cream (pictured), 280 hotdogs at the Edinburgh Festival, and our favourite: “You’ll still have enough [money] left over for endless hugs with everyone to celebrate being in a United Kingdom.” Right.