The streets of Mayfair may seem a world away from the remote South African bush, but for discerning gourmet travellers the metaphorical – if not physical – distance between the two has just become smaller. A new initiative at  Sabi Sabi Private Game Reserve invites some of the world’s top chefs into the kitchen at the area’s renowned Earth Lodge. The partnership was launched in February, with Michelin-starred Eric Chavot making the inaugural visit, taking a week-long break from his eponymous Mayfair brasserie (at The Westbury on Conduit Street) to share his experience with the cooks at Earth Lodge.
Barely an hour away from Johannesburg’s OR Tambo International Airport (via chartered flight with Federal Air, included in my Sabi Sabi package booked through Africa Collection), Sabi Sabi is an impressive swath of savannah; a 4,000-hectare reserve situated within the Sand Wildtuin wilderness area at the southwest corner of Kruger National Park. Nothing but a usually rather dry riverbed separates the private reserve from the world famous national park. Since 1979, it has hosted visitors from across the globe, including Nelson Mandela, Anna Kournikova, John McEnroe, Eva Herzogova and Wesley Snipes. I stayed there for four nights – plenty of time for numerous sightings of Africa’s Big Five in their natural habitat. 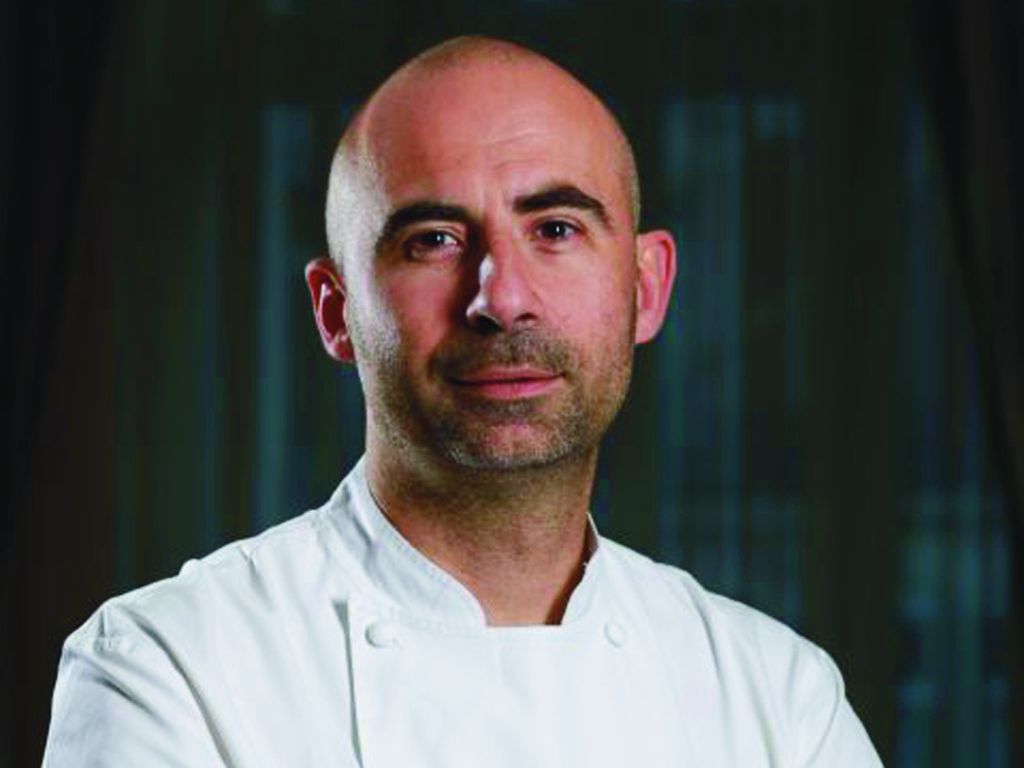 Eric Chavot, who partnered with the lodge earlier this year

Earth Lodge is one of five distinct lodges spread across Sabi Sabi, with its aim being to bring ultra-luxury, ecologically sound accommodation to the middle of the bush. Sculpted into the slope of the land, the earth-toned lodge is home to a baker’s dozen of suites, each with its own panoramic view and unfenced access to the savannah. The lodges are completely secluded from one another and kitted out with individually designed furnishings, a private plunge pool, glass fronted en-suite bathrooms with indoor and outdoor showers, plus all of sorts of extra amenities. Those in the know have begun to take note: a couple of weeks before my visit, Earth Lodge received the distinction of being named one of National Geographic’s Unique Lodges of the World, being commended for its “world-class accommodation where sustainability is the touchstone and the guest experience is exceptionally rich and meaningful.”
Al fresco dining is a big thing at Earth Lodge, with the kitchen serving excellent, fresh local produce such as ripe papaya and figs preserved in honey (the lodge also has an impressive wine cellar for somewhere this far from civilisation). Nevertheless, it can hardly be expected to keep abreast of what’s on-trend with fashionable restaurants across the globe, which is where the chef partnership comes in. Chavot’s objective was to bring some Mayfair flair to the African bush – to “pimp” rather than overhaul the menu, to use his own words. 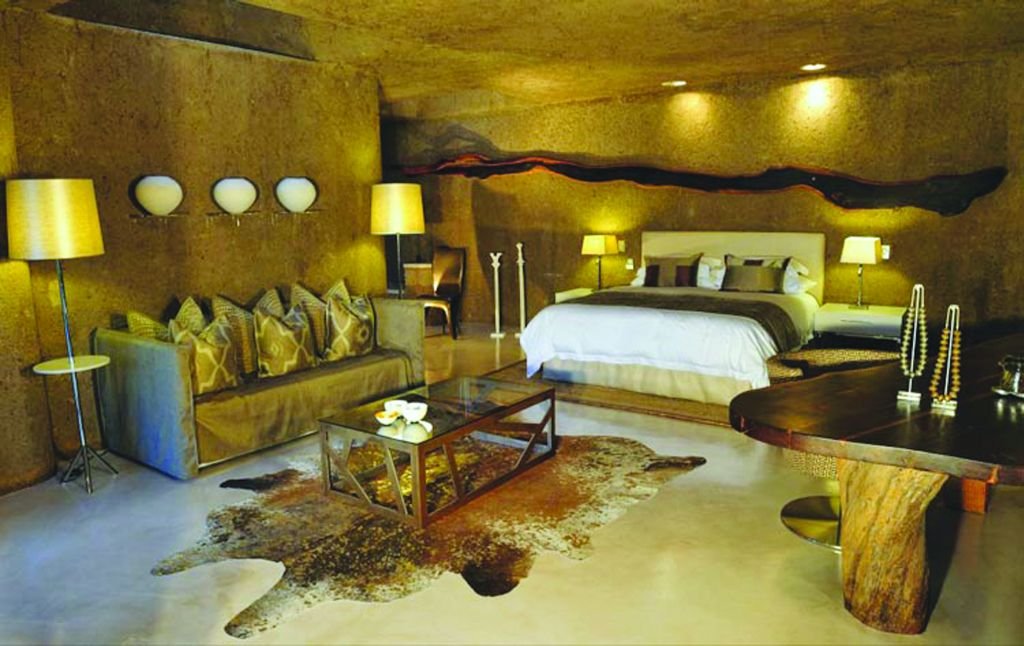 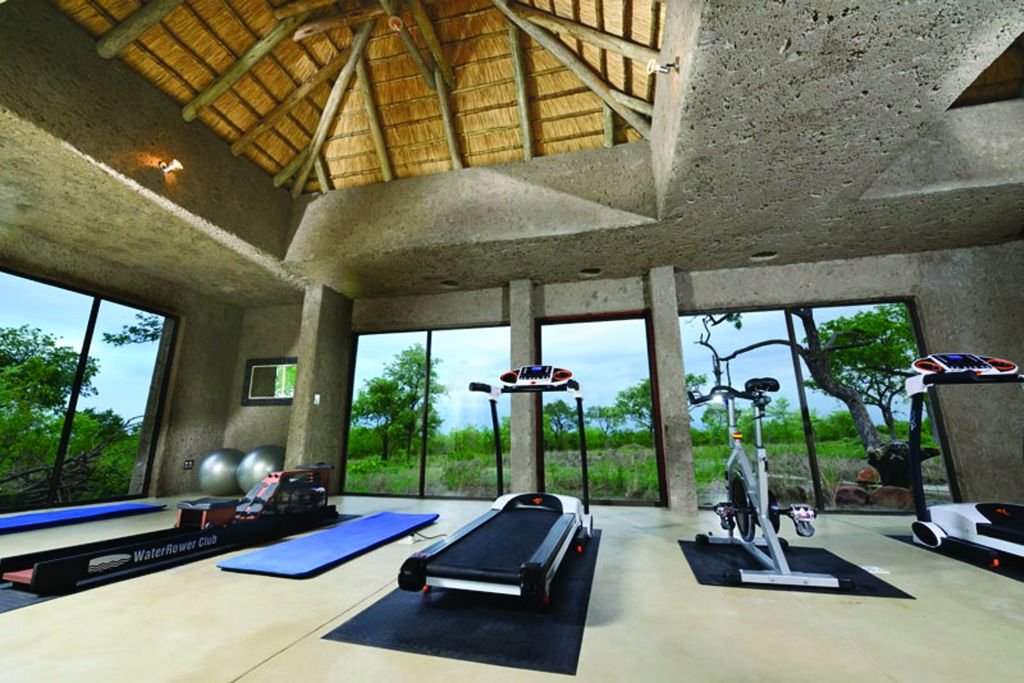 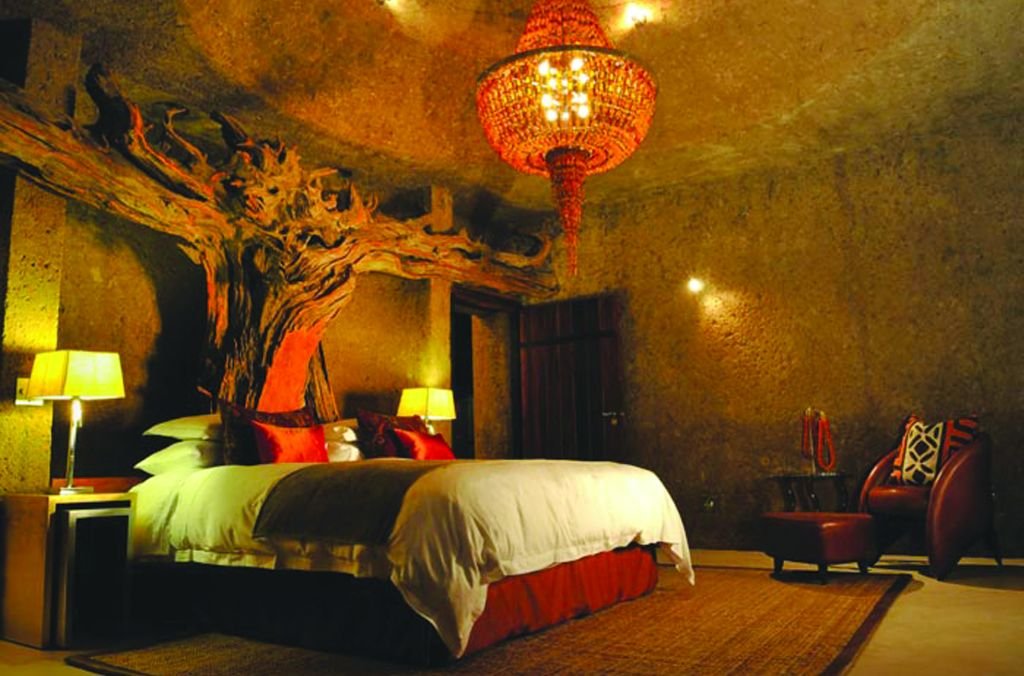 This isn’t the chef’s first time pimping other people’s food. After his 1999 to 2009 stint as head chef at The Capital (during which time the restaurant received and retained two Michelin stars), he headed to Florida to spend a few years at the Weston estate, updating and improving the kitchens there. Since 2013, he’s been calling the shots at his Brasserie Chavot, which won its Michelin star only six months after opening.
One example of Chavot’s influence was a selection from the lunch menu that I particularly savoured: seared ostrich steaks with mango atchar, grilled peppers, courgette and basil oil. The ostrich was served Chavot style, with a ranch dressing (perhaps owing to his stint in Florida); a perfect addition to an al fresco lunch in the sultry heat of a South African summer afternoon.

You’ll lose track of the number of lions, rhinos, elephants and giraffes you will spot

But that was merely one dish. Chavot’s culinary wizardry culminated in a five course feast paired with South African wines and served in the lodge’s cellar. Highlights included a gazpacho with pecorino tortellini; cobia with fruit and corn salsa; and, best of all, kudu loin with red cabbage, hazelnuts, pistachios and mulled wine jelly accompanied by a plummy 2010 Optima – a Cabernet/Merlot blend from Anthonij Rupert Wines (as it’s illegal to hunt animals at the reserve, any meat served at Sabi Sabi is farmed outside the boundaries of Sand Wildtuin).
Now that Chavot is back in his London kitchen, more chefs from abroad are due to pay a visit to Earth Lodge (Australia’s Neil Perry is the latest rumour).
Of course, no matter how good the food,  Sabi Sabi’s main draw remains the promise of spending time in the savannah, where you’ll lose track of the number of lions, rhinos, elephants and giraffes you will spot from the open top Land Cruiser on the twice-daily safaris. If you have a little longer, I recommend coupling your safari with a city break in Cape Town or a wine country excursion. But even a few days in Sabi Sabi’s Earth Lodge will leave you refreshed, regenerated and, with food this good, probably an inch or so larger around the waist.

Trivia
Whether it’s sprinting across the desert, climbing trees or swimming, leopards are astoundingly agile. They run at up to 58km/h and can leap 6m horizontally and 3m vertically. After a big kill they drag their prey to the tops of trees, out of the reach of other predators.