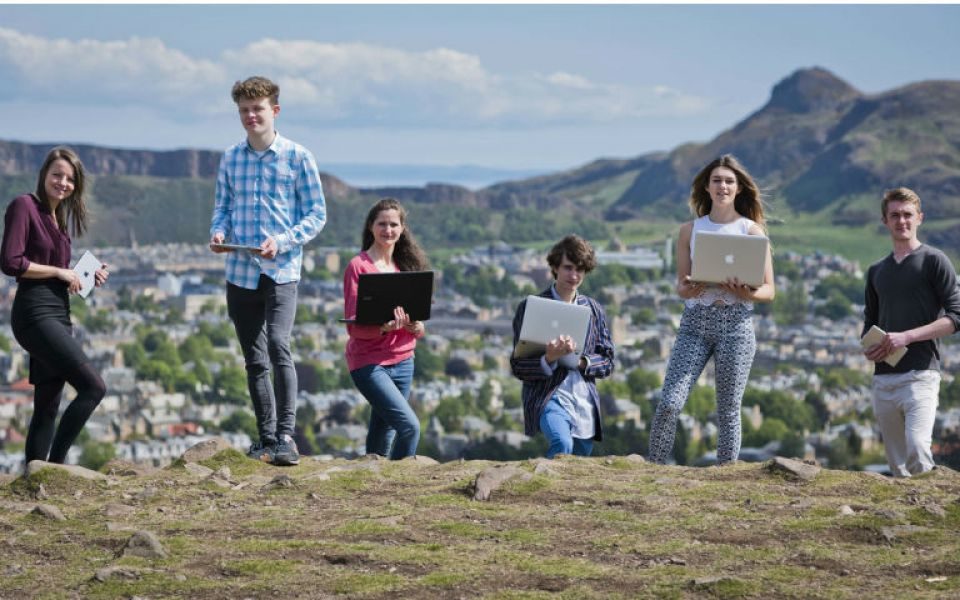 Based in Codebase, the largest technology incubator in the UK and one of the fastest growing in Europe, right at the heart of Edinburgh’s tech scene, they produce a steady stream of work ready junior developers after each 16-week intensive and immersive coding course.

"Our goal is to ensure that Scotland remains at the forefront of the digital technologies industry in the UK and to do this, we need to fill the digital skills gap." says Harvey Wheaton, the academy's chief executive.

The Skills Investment Plan has predicted an estimated 11,000 are jobs available in Scotland’s digital technologies sector each year and this figure is set to rise by 2,000 every year. With demand outstripping supply, CodeClan offers a solution to the digital skills gap in Scotland by producing a continuous wave of junior developers who are passionate and ready to take on a job in the industry.

We’re extremely proud of the success we’ve achieved over the past 12-months…We have also received official accreditation from the Scottish Qualifications Authority, making us the only digital skills academy in the UK to offer a Professional Development Award (PDA) in software development.

As well as training students, CodeClan work directly with industry to help fill jobs for them.

"We have over 80 employer partners who have pledged support for the academy since our launch last year. We work closely with these partners to ensure CodeClan’s curriculum is constantly adapting to meet the needs of the industry." continues Harvey.

In doing this, CodeClan can make sure that each student graduates with the relevant skills and experience necessary to begin a job as an entry level developer with some of Edinburgh and Scotland’s brightest tech firms.

The academy trains students to enter the workplace mainly as junior developers but as a result of ongoing industry engagement, have seen graduates secure a variety of interesting roles, such as technical consultants, product managers and software testers, within a wide range of different companies, from innovative start-ups to major industry heavyweights and public sector organisations.

CodeClan have had a successful first 12 months. On top of having 80 employer partners, they have seen over 150 students embark on their innovative coding course. 50% of students are in work within six weeks of completing the course and 90% of students secure roles in the sector within six months.

"We have also received official accreditation from the Scottish Qualifications Authority, making us the only digital skills academy in the UK to offer a Professional Development Award (PDA) in software development. More recently we have introduced a suite of shorter, part-time courses for those looking to learn software development from scratch or to brush up on existing tech skills." adds Wheaton.

On the back of a successful 12 months, CodeClan have very recently announced the launch of a 16-week programming course in Glasgow beginning on January 9th 2017 at The Tontine, Glasgow’s new high-tech acceleration and growth space for young aspiring businesses. This expansion has made the course more accessible to those in the West.

"In the New Year, we will also be focusing on filling our cohorts in Edinburgh and Glasgow as well as forging ahead with an expanding portfolio of part-time courses." says Harvey. "We are excited by what’s to come as we find what we do incredibly rewarding. Seeing people begin our course with so little knowledge of coding and then seeing them 16-weeks later embark on an exciting career in the industry is very inspiring, so we are looking forward to changing even more lives in 2017."

And with Edinburgh recently being named as Best European City for Technology Firms to Locate, by the European Business Magazine (2016/17) CodeClan may well be about to see even greater demand for their graduates.