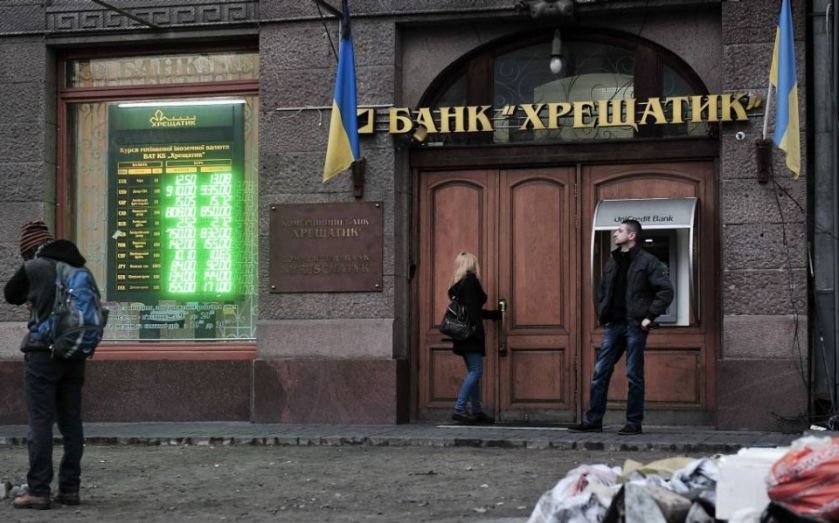 The Ukraine crisis has hit Russian banks to the tune of somewhere between $4bn and $5bn, credit ratings agency Standard & Poor's reckons. That's between a fifth and a quarter of their total operating revenues.

It's hardly surprising that the crisis has cost lenders money – but what is surprising is that S&P believes there won't be much of an impact on Russian banks' creditworthiness.

The report shows that while Ukrainian subsidiaries are likely to continue putting financial pressure on their Russian parent companies in 2015 – perhaps by "a similar magnitude" to last year – "we believe that Russian banks can withstand such costs, and that there will therefore be no rating impact", said S&P credit analyst Sergey Voronenko.

"We have already incorporated the effects of the current Ukraine situation in our rating analyses."

In the longer term, though, there are concerns – partly because, although the National Bank of Ukraine has said if push came to shove, it would be able to support lenders, the local government seems less sure of that.

"We therefore expect that foreign and local shareholders of Ukrainian banks would be called on first to provide financial assistance, if needed."

We expect that Russian banks will continue to provide support to their Ukrainian subsidiaries for now, but heavy losses at these operations, as well as deteriorated market conditions at home, could potentially lead them to limit their presence in the longer term.

Meanwhile, the Russian rouble has continued to strengthen from its peak of almost 70 to the dollar in late January, to 52.7 today.