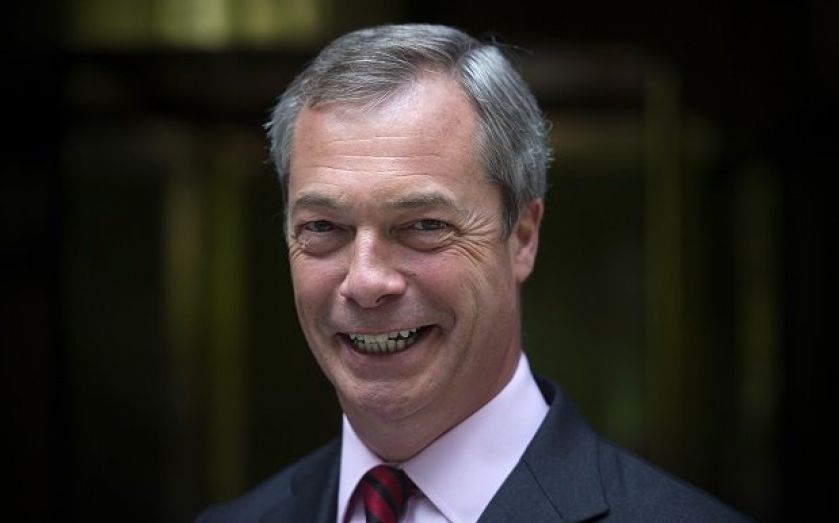 Think political protest songs and you're sure to conjure up an image of Bob Dylan blowin' in the wind or maybe John and Yoko imagining a world without war – but what about Nigel Farage arriving at Number 10?
The Ukip leader today tweeted a link to a song called the Ukip Calypso, urging his followers to help get it to number one.
For just 79p you can hear how the band believes “the British people have been let down/that's why Ukip is making ground”.
The song is registered as having been recorded by The Independents (we're pretty sure it's not the metal band of the same name, but perhaps they've taken a new approach). According to its YouTube channel, it was performed by former Radio One DJ Mike Read.
So far the reaction has been enthusiastic.
Reviewers on Amazon were rapturous, with one person saying they had “thrown away all my NWA records on the strength of this” while another merely wrote “John, Paul, George, Ringo, Farage."
Another added: “This is simply one of the best and catchiest melodies I've heard for years. A must have for every home.”
And a fourth had this to say: “Great song hope it goes to Number 10. Bring back the Commonwealth.”
But not everyone was so enamoured of the track.
Those sceptics at Labrokes told Farage it was “truly awful”, giving odds of just 50/1 that it would become top of the pops. Others on Twitter were similarly unimpressed.

Perhaps that's fair though. We remember what happened the last time Ukip tried to get some calypso music to drum up some support. It didn't end well.
Share
Tags: Nigel Farage People