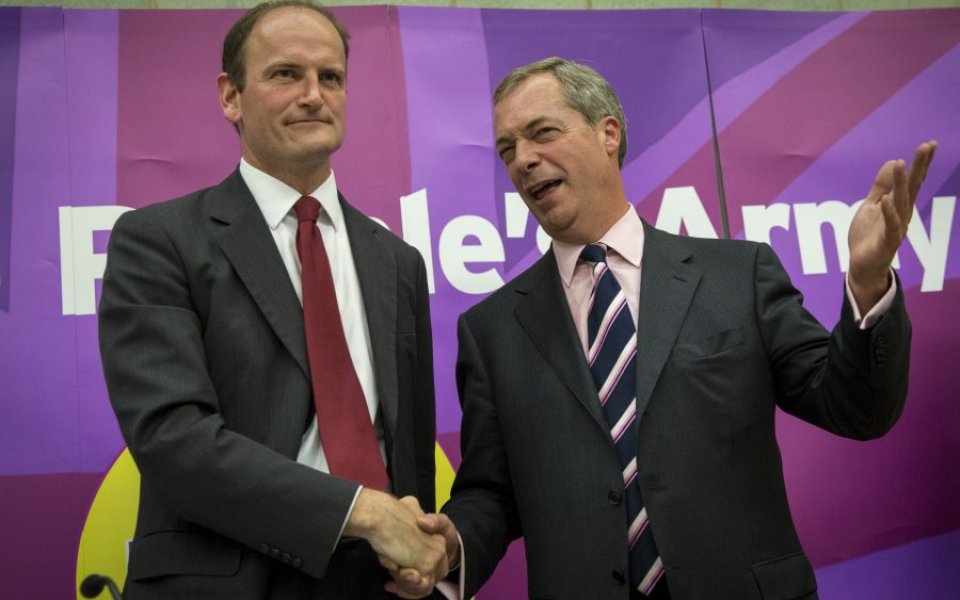 Ukip are facing the threat of civil war after its only MP Douglas Carswell called on leader Nigel Farage to step down.

Clacton MP Carswell argued that the party needed a "fresh face" in charge to go to "the next level" after its comprehensive Oldham by-election defeat – but ruled out making a bid for the leadership himself.

Read more: Will Ukip break up? These bookmakers think it might

Sometimes a start-up needs to change gear and to change its management if it's to go the next level.

The Oldham by-election, to me, said very clearly that we need a fresh face

In response, Farage told the BBC that Mr Carswell should "put up or shut up".

Carswell defected to Ukip from the Conservatives in August 2014 but argues the party now needs to adopt a more liberal, free market philosophy and shed its anti-politics image.

Referring to Farage's claim that the Oldham by-election postal vote was rigged, Carswell said: "I don't want to wake up the morning after the European referendum and hear it was the postal votes."