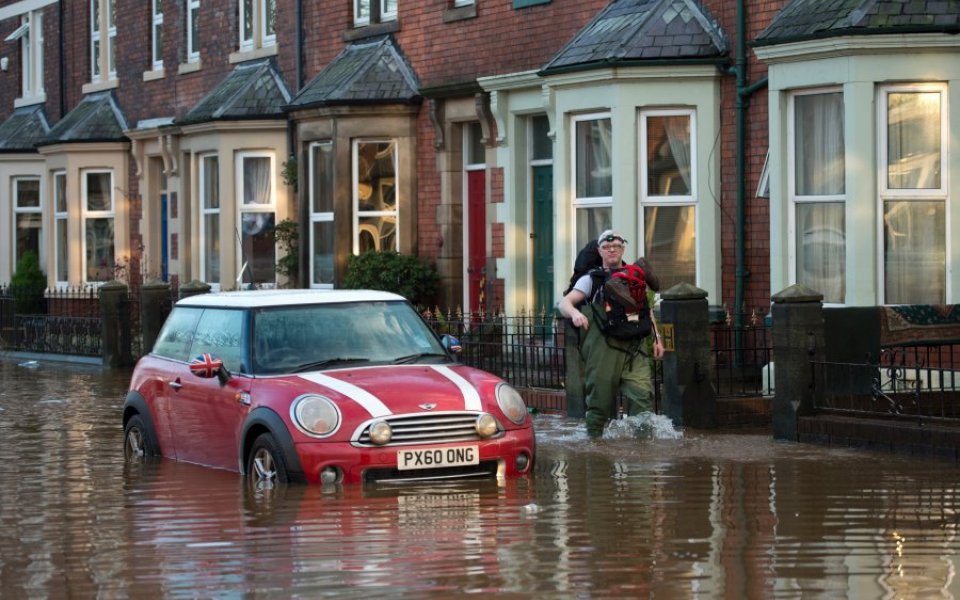 The Met Office has updated its yellow weather warning for Storm Desmond over the next two days, as the government confirms it will cut taxes for affected communities.

Further rainfall is expected across much of Scotland and northern England during Wednesday, with persistent heavy rain starting to clear from the more southerly areas affected from late tonight and early Thursday morning. As much as 80mm could fall, though it is more likely that between 20 and 40mm will fall.

Nearly 100 flood warnings are in place for England and Wales.

Strong winds are also expected, with gusts of up to 60mph forecast, with a separate warning being issued for gales.

"This could prove a further hazard", the Met Office warned. "Please be aware of the potential for further disruption from flooding and to transport. This warning has been updated to extend it further north across Scotland but to restrict the extent across the Central Belt of Scotland and tone down peak rainfall totals slightly. The end time has also been brought forward."

Many schools in Cumbria remain closed, and Lancaster University has cancelled the rest of the term after losing power on much of the campus.

Many roads are still closed, although Virgin Trains has reopened its West Coast mainline, but warned that delays were still likely.

In many areas, the flooding has begun to receded and victims are starting to count the cost of the damage.

Yesterday the government pledged to help affected communities by exempting them from paying council tax and business rates.

Communities Secretary Greg Clark said: "We’re determined to stand squarely behind the communities and families whose lives have been turned upside down in the wake of Storm Desmond.

"Residents and businesses who have been displaced by flooding should not have to worry about council tax and business rate bills on top of everything else they will be facing at this difficult time."