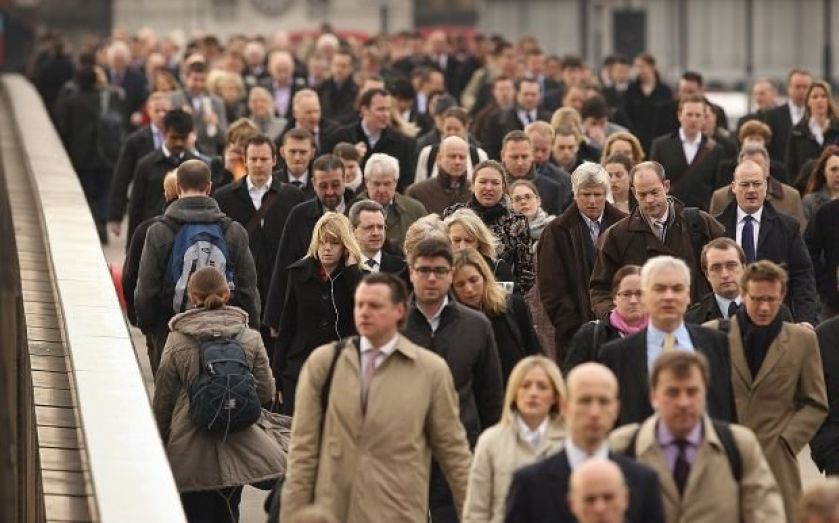 The UK's headline unemployment rate fell to 6.2 per cent in the three months to the end of July – its lowest level since 2008.

The figure was roughly in line with expectations, having fallen steadily as the economy recovers, although wages are yet to catch up.

There are still 2 million unemployed and 30.6 million employed people in the UK, while the employment rate reached 73 per cent for 16-64 year-olds, a rise on the 72.9 per cent rate for the three months to April. 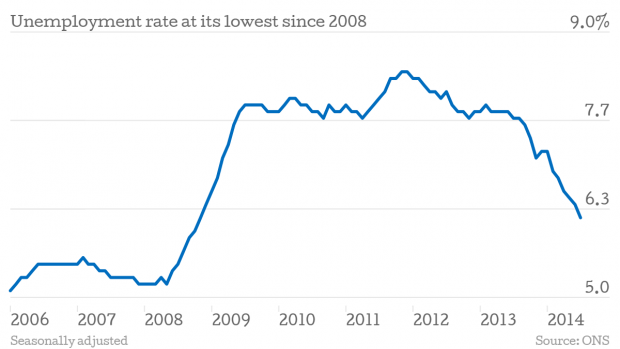 In a speech at the Trades Union Congress earlier this month, Mark Carney, the governor of the Bank of England, said Britain's workers were paying the price for a high level of employment, with lower wages as the trade-off.

Wages grew 0.6 per cent over the year, still far behind inflation which was reported at 1.5 per cent yesterday.

After some underwhelming figures from the US earlier in the month, the unemployment rates are now equal.