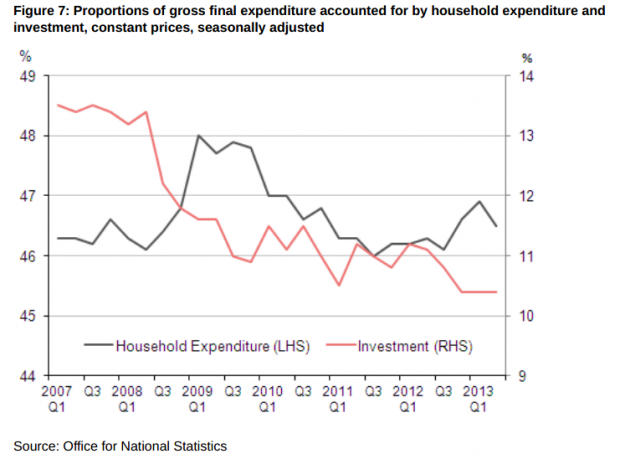 The Office for National Statistics' (ONS) monthly Economic Review reiterated that the economy grew by 0.4 per cent in July and output is now 1.5 per cent higher than at the beginning of the year. (Release)

But the October report also highlighted the surprising fact that the total expenditure accounted for by spending on investment has fallen to the lowest level since the 1950s.

The graph above shows, in real terms, the proportions of Gross Final Expenditure accounted for by gross fixed capital formation and household expenditure since 2007.