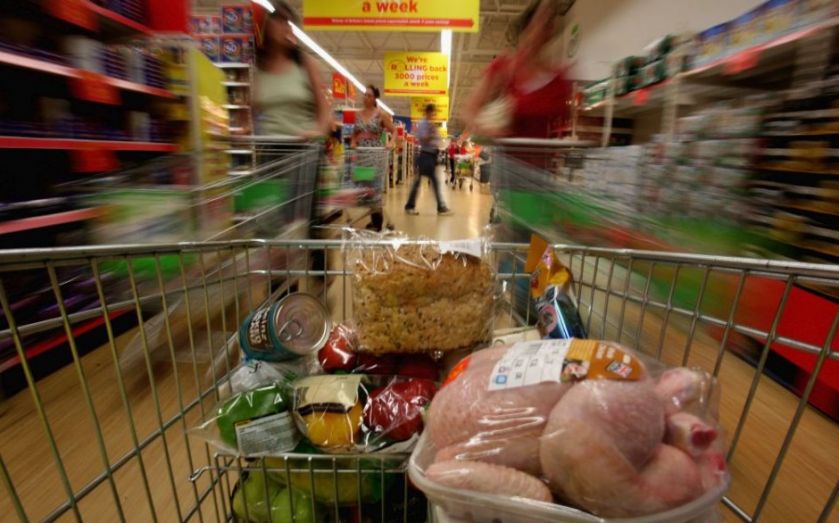 Inflation fell to zero in February for the first time since current the current records began in 1989, moving Britain closer to deflation, official statistics showed today.
Figures released by the Office for National Statistics showed prices didn't increase at all in February compared with the same time a year ago. The figure came in below economists' expectations of a 0.1 per cent rise. The biggest drags were food prices and motor fuels, which fell 3.4 per cent and 16.6 per cent respectively.
Britain's headline inflation last dipped into negative in March 1960, according to the closest comparable data. This was before the consumer price index currently used to measure inflation came in nearly three decades ago.
Both the Bank of England and the Office for Budgetary Responsibility have said Britain could fall into deflation during the first half of this year. A glut in the global supply of oil, as well as a bitter price war between supermarkets, are making the prices of everyday items such as energy and food much cheaper for families and businesses.
The "Big Four" supermarkets have slashed prices as they fight off competition discounters from Aldi and Lidl. Sainsbury's chief executive Mike Coupe said that he expects food deflation to persist throughout the rest of this year, when the company releases its results last week.
"Rather than being a concern, the drop in inflation is a boon to the economy, providing households with greater spending power at a time when pay growth remains frustratingly weak," Chris Williamson, chief economist at Markit, said.
Mark Carney, governor of the Bank of England, has repeatedly stressed Britain is facing the "good" kind of deflation. This is when price declines act like tax breaks because everyday items become cheaper, without any of the nasty side effects which worry economists such a wages cuts and layoffs.
The central bank's rate-setting committee currently thinks interest rates are “more likely than not to rise” over the next three years.
However the Bank of England's chief economist Andrew Haldane has taken a more cautious stance on inflation, saying it's dropped "like a stone" over the last year and that interest rates could be cut further below record lows.