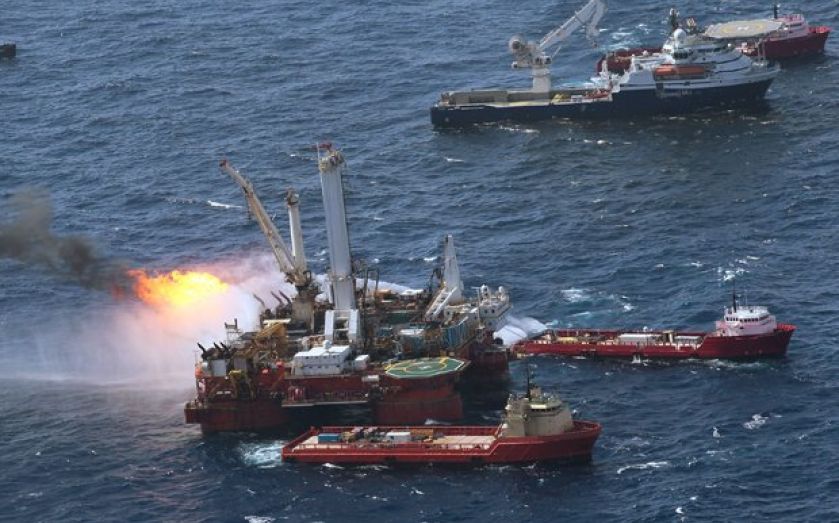 THE UK government has backed oil giant BP in its dispute over the US government’s decision to suspend all of the oil major’s federal contracts after the Deepwater Horizon disaster.

“This is a straightforward economic argument – BP is vital to British jobs and British pension funds; businesses need certainty to operate and invest,” a Downing Street source told City A.M.

“We recognise the seriousness of Deepwater events but it is important that where companies take responsibility, as BP have, they are treated fairly under the law.”

The UK government and a consortium of US trade associations both filed so-called Amicus Briefs in support of BP late on Monday night.

Following the oil spill in the Gulf of Mexico in April 2010, the US government continued to do business with the FTSE 100 firm. But in November 2012 the US Environmental Protection Agency (EPA) suspended BP from participating in new federal contracts, questioning the firm’s business integrity.

The EPA not only put sanctions on BP Exploration & Production but also 20 other BP companies which had no involvement in the disaster. “Her Majesty’s Government is concerned that such a broad sanction can and will have serious and unjustified economic consequences,” said the UK government in the Amicus Brief.

In August this year, BP sued the EPA to overturn its suspension and requested a summary judgement last month.

“The [suspension] has gone on for far too long and is not supported by the law,” said BP. “We very much welcome the filings by the UK government.”