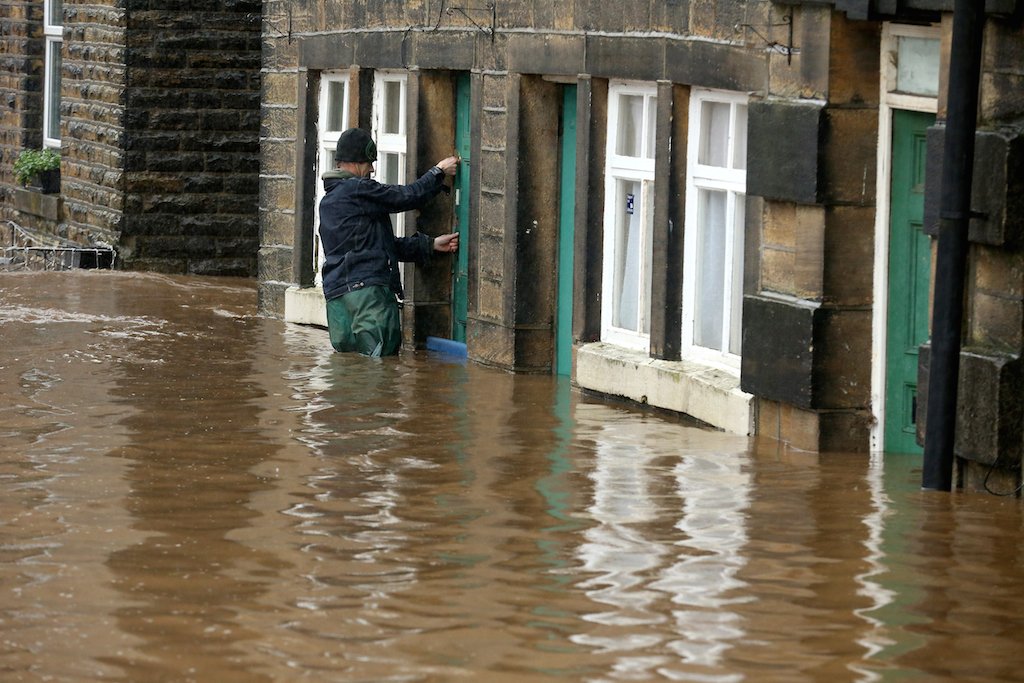 People have been evacuated from their homes in some areas of Yorkshire and Lancashire on Boxing Day, after Northern England was struck by heavy rain.

The Met Office issued their highest severe weather warning for the area, advising those present to "take action" and others not to travel to affected regions.

The River Calder, River Ribble and River Wyre all burst their banks while the River Irwell and others saw high tides.

Mytholmroyd was flooded after the River Calder burst its banks.

Residents of Whalley were evacuated on Boxing Day morning. Daria Neklesa captured the scene in the town:

BBC reporter Spencer Stokes and others were on hand to Tweet a few pictures of the submerged high street of West Yorkshire town Hebden Bridge:

The high tide of a ferocious-looking River Irwell is captured here in the Bury town of Summerseat by Twitter user Neil Hughes:

Affected? Here's where to look for information:

The Environment Agency has offered a staffed emergency hotline at 0345 988 1188 and has information for those affected on its website.