LONDON (Reuters) – Britain’s construction industry grew faster than expected last month, boosted by the strongest orders since 2014 amid a boom in house prices, a survey showed on Friday.

The IHS Markit/CIPS construction Purchasing Managers’ Index (PMI) rose to 54.7 in November from 53.1 in October, its strongest since July and above all forecasts in a Reuters poll.

An all-sector PMI released at the same time sank to 49.5 from 52.2, its first time below the 50 mark that separates growth from contraction, largely due to weakness in the services sector reported on Thursday.

“UK construction output stayed on a recovery path in November and there were signs that the main growth driver has transitioned from catch-up work to new projects,” IHS Markit’s economics director, Tim Moore, said.

New orders in the construction industry were the highest since October 2014 last month.

Official data showed Britain’s monthly construction output almost halved in April during the first lockdown, and in September it was still 10% below its level a year earlier.

But since the end of the first lockdown in June, house prices have risen sharply and lenders have approved the most mortgages since 2007, as buyers seek bigger homes in case of future lockdowns, and to make use of a temporary tax break.

This has encouraged house builders to commit to more construction, and November also brought the first growth in civil engineering activity since July.

Housebuilders Persimmon and Taylor Wimpey both forecast a strong outlook for 2021 earlier this month.

Employment in the sector continued to fall, though by the smallest amount since February, before the start of lockdown, while businesses reported the biggest increase in purchases of raw materials since 2014 and longer delivery times. 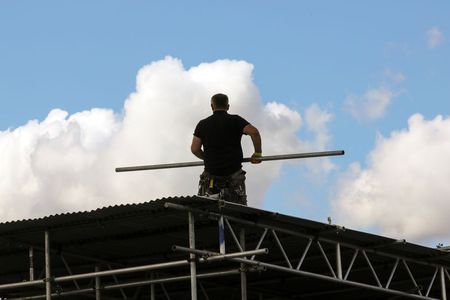