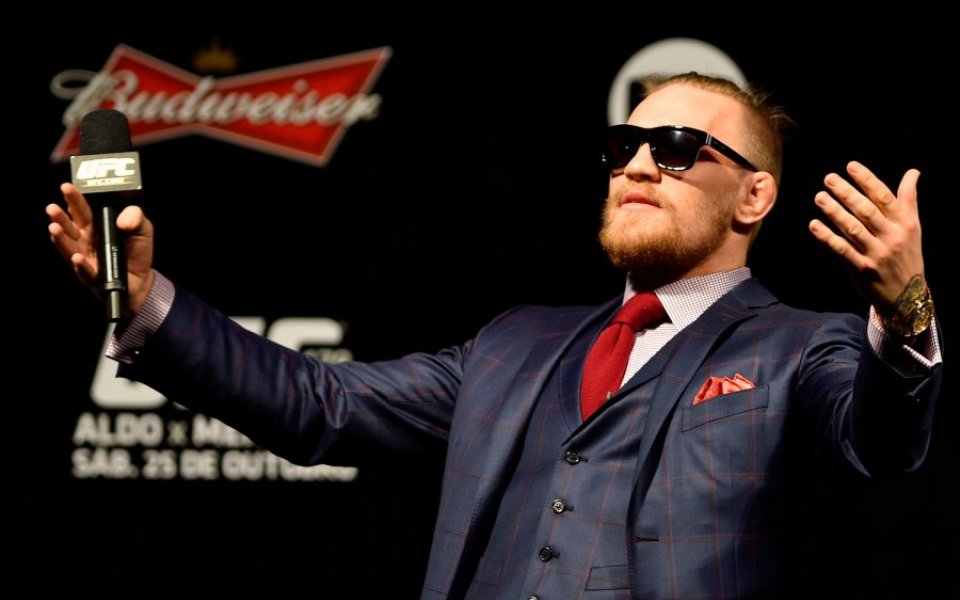 The purses for the bout, disclosed by the Nevada State Athletic Commission, reveal Aldo is only garuanteed $400,000 for the fight yet can also earn a $100,000 win bonus.

In contrast, if McGregor can become the first man ever to beat the Brazilian at featherweight, he will have to make do with just the title belt and no win bonus.

​Yet the Irishman's eventual earnings for the fight could come in way over the $1m mark once revenues from ticket sales and pay-per-view purchases are distributed.

UFC fighters earn a higher cut of pay-per-views the more popular the event. According to previously reported figures, once an event gets over 100,000 buys each fighter earns $1 from every purchase but that rises to $3 when that hits 500,000 buys – as UFC 194 almost certainly will.

According to the organisation's president Dana White, the fight at the 16,800 capacity MGM Grand Garden Arena in Las Vegas is set to be the biggest in UFC history with an anticipated live gate of $10m before pay-per-view is even factored into the equation.

"This thing is trending in every way, shape and form to be the biggest thing we've ever done," White said.

Such is the excitement and anticipation for the event that around 10,000 fans are estimated to have filled the arena for the weigh-in alone.

The current record for the biggest live gate is held by UFC 189 – another fight headlined by McGregor at the same venue – while the record in pay-per-view buys belongs to UFC 100, headlined by Brock Lesnar v Frank Mir which attracted 1.6m purchases.