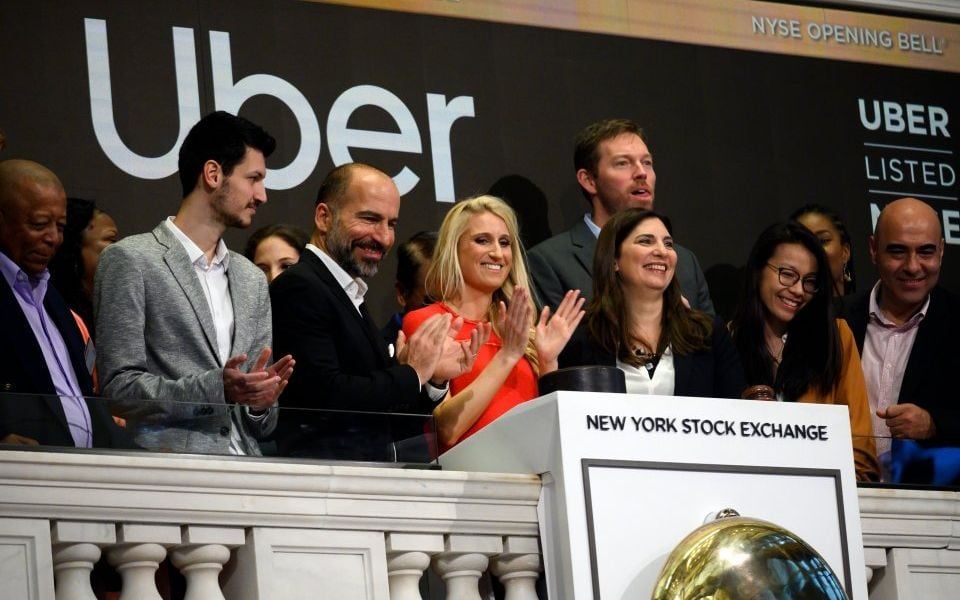 Shares in ride-hailing giant Uber began trading on the New York Stock Exchange today, after the firm priced its stock at the lower end of its target range.

Uber priced its initial public offering (IPO) at $45 per share after setting a range of between $44 and $50.

The float gives the firm a valuation of $82.4bn (£63.2bn), significantly below previous forecasts of $120bn. However, it is still expected to be one of the largest IPOs of the year.

Lyft priced strongly at $72 per share, but is now trading at just $54 amid concerns about the loss-making company’s plan for turning a profit.

“Uber’s IPO divides the opinion of retail investors – some are excited to invest in such a huge brand they use almost every day, while others fear a ‘pump and dump’ situation that we sometimes see from overheated IPOs,” said Adam Vettese, analyst at Etoro.

“Braver traders could play into this by aiming to get in and out rapidly,” he added.

The float is set to turn a raft of Uber employees into millionaires. Co-founder Travis Kalanick, who was ousted as chief executive two years ago, now holds a stake worth roughly $5.3bn.

But Uber may be concerned about the timing of the IPO, which is the most eagerly-awaited float since Facebook went public seven years ago.

Read more: Uber prices at the bottom of its IPO range

Trade tensions between the US and China ramped up this morning after new tariff increases came into effect, while thousands of Uber drivers held strikes in major US and UK cities earlier this week.

“Reality can be a tough companion and further declines in risk assets could see further weakness especially if investors start to ask tough questions about the likelihood of future profitability,” said Michael Hewson, chief market analyst at CMC Markets.

Uber under investigation by US and foreign tax authorities