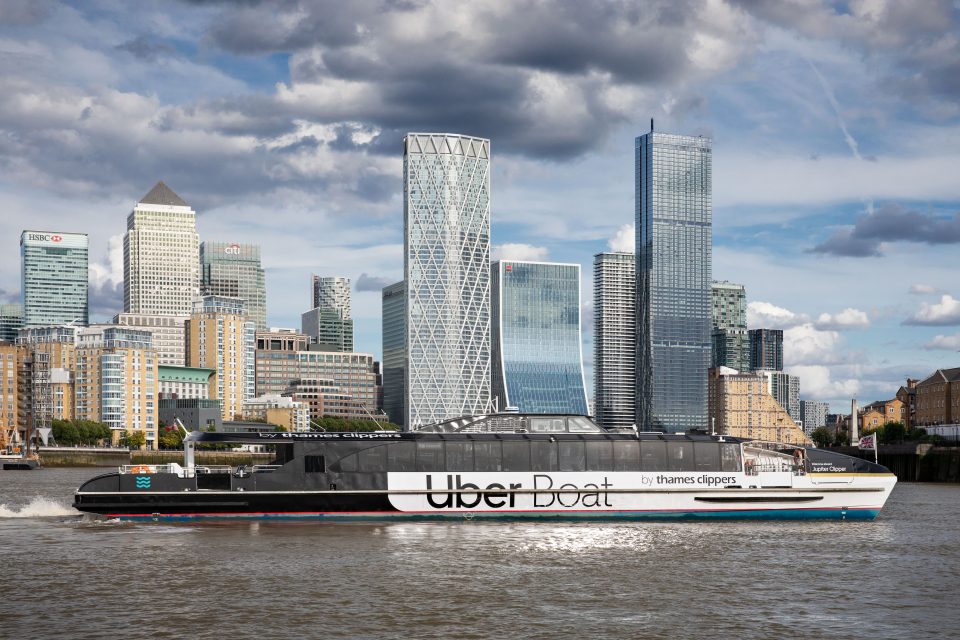 Uber’s first ever UK boat service will set sail on the River Thames today in a new partnership that will see Thames Clippers’ commuter service rebranded by the global ride-hailing giant.

Twenty boats will take to the water today as part of the fresh collaboration, with departures from 23 piers across London from Putney to Woolwich.

Uber users will be able to book a Thames river journey through the normal app, and board using a QR code on their phone.

Commuters will still be available to buy tickets elsewhere and service remains part of the Oyster network.

The move marks Uber’s first foray into fixed-scheduled commuter boats in its 11-year history, as the future of its London ride-hailing operations remains uncertain.

The ride-hailing titan has previously trialled boat-hailing services for tourists in Croatia, Turkey and the US.

But its application for a new operating licence in the capital was rejected by Transport for London (TfL) last November due to safety concerns, after some drivers were found to have faked their identities.

It has been allowed to continue operating while an appeal against the ruling is pending.

Jamie Heywood, Uber’s regional general manager for Northern and Eastern Europe, said: “As Londoners begin to head back to work and move safely across the city, they will now be able to book travel on both the river and road through the Uber app.

“We must ensure that everyone does not return to their cars in response to the crisis, so our vision is to end private car ownership in favour of shared, electric vehicles, as well as making greater use of the river network for urban mobility.”

Last year 4.3m passengers used the Thames Clippers commuter service, which is majority-owned by AEG — the owner-operators of the O2 entertainment venue.

Service resumed last month after months of closure during the pandemic, with strict new social distancing measures in place including reduced capacity and mandatory face masks.

Sean Collins, Thames Clippers co-founder and chief executive, said: “We’re excited that in this new world we are able to offer a new way of travelling through the capital by enabling multi-modal transport with a continued focus on great customer experience.

“This partnership reflects the resurgence of the river and we’re looking forward to welcoming new passengers on-board to enjoy the unique benefits of navigating London safely by taking to the Thames.”