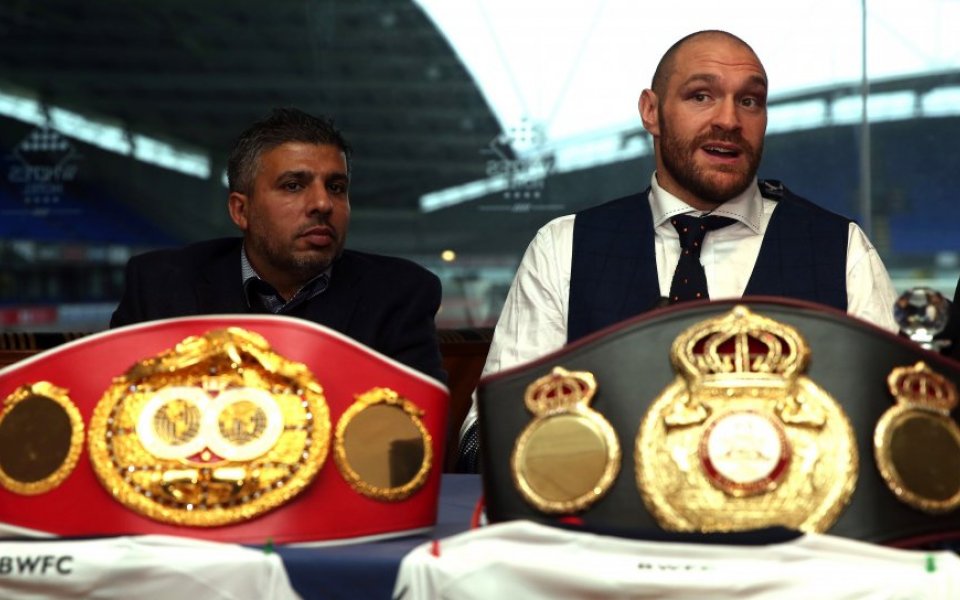 Tyson Fury has lost one of his world title belts less than a fortnight after beating Wladimir Klitschko to become heavyweight champion of the world.

The International Boxing Federation (IBF) has stripped Fury of his world heavyweight title for facing Wladimir Klitschko in an immediate rematch rather than taking on the organisation's mandatory challenger, Ukrainian Vyacheslav Glazkov.

Lindsey Tucker, the IBF's championships chairman, told the BBC: "It's true he's been stripped of his IBF belt.

"Our challenger was Vyacheslav Glazkov, but instead Fury's gone and signed a rematch clause with Wladimir Klitschko."

A rematch clause negotiated into the contract for the Fury v Klitschko fight has been activated by the vanquished champion, who was beaten for the first time in 11 years by Fury.

Glazkov has won 21 of 22 fights but is not widely considered a world class fighter and would be unlikely to generate a rematch with the legendary Klitschko.