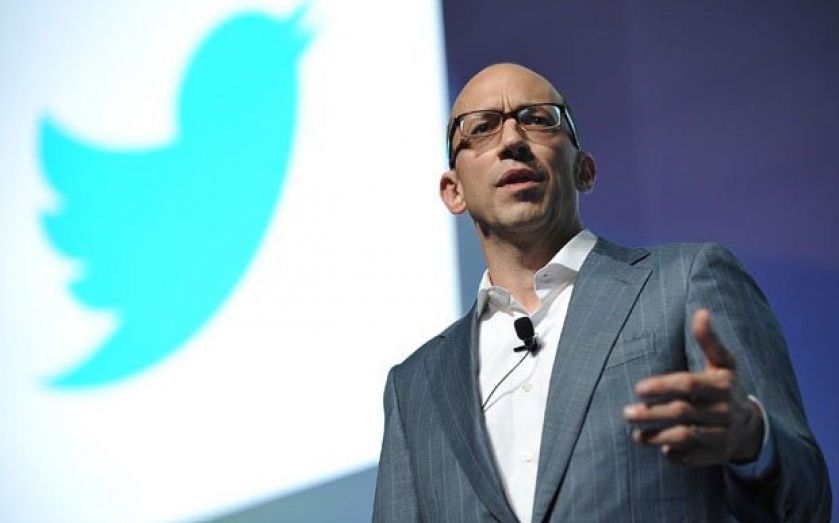 Shares in Twitter rose a whopping 35 per cent in after-hours trading late last night, after the company announced its second quarter results in America.

The social media giant, whose shares have been struggling in recent months, revealed a 24 per cent increase in monthly users, but a widening loss of $145m (£86m) during the three months to 30 June, more than triple the loss it made in the same quarter a year previously.

The massive share price jump came as a result of the huge user growth, an area which has kept investors on edge, with many concerned the site is not growing fast enough.

Last night, the microblogging platform’s chief executive Dick Costolo was on fighting form, telling analysts: “We will position ourselves to reach the largest audience in the world, and every person on the planet.”

Costolo added: “Our strong financial and operating results for the second quarter show the continued momentum of our business. We remain foc­used on driving increased user growth and engagement, and by dev­eloping new product experiences, like the one we built around the World Cup, we believe we can extend Twit­ter’s appeal to an even broader audience.”

The messaging platform beat mar­ket expectations, posting revenue for the quarter of $312m yesterday. Most analysts had been forecasting it to hit the $283m mark. The actual figure represents a 124 per cent increase on the same period in 2013, largely thanks to a bump in advertising revenue. “The expectations going in had become quite low,” said Sterne Agee analyst Arvind Bhatia. “Even in the US Twitter’s performance was good. For now, that will put to rest some of the concerns about US growth.”

Twitter saw an 129 per cent jump in revenue from advertising to $277m, compared to the same quarter in 2013. A strong growth area is mobile, with 78 per cent of Twitter’s users now accessing the service on their smartphones.

Despite strong after-hours trading, analysts remained cautious, with some warning the bump should be seen in the context of a number of sharp drops in its share price.