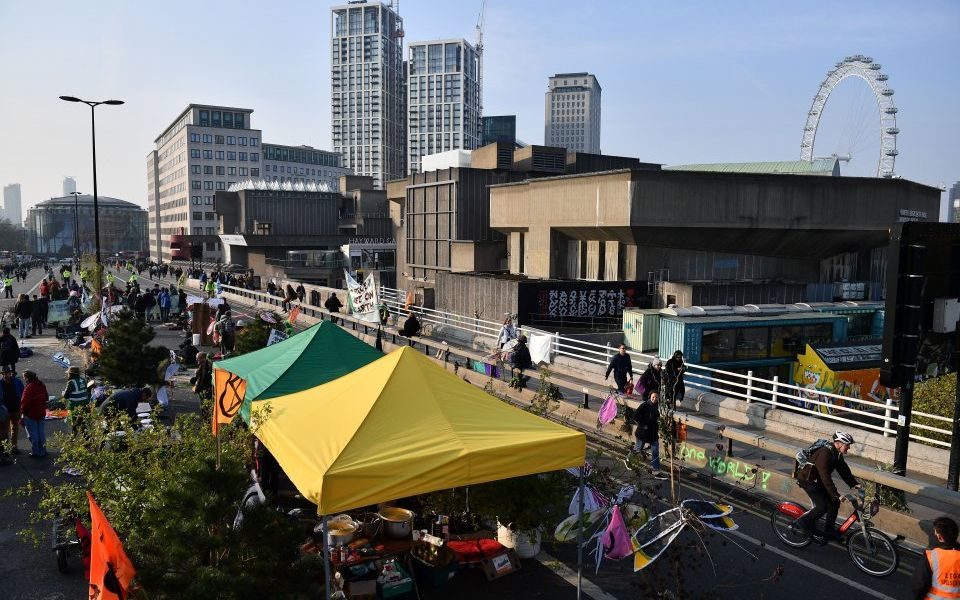 Activism group Extinction Rebellion will block London trains this morning as it increases pressure on the government over climate change.

Protestors will block a London Overground route at 11am today in the third day of action, which has seen  major disruption on the capital's roads on Monday and Tuesday this week.

Police switched off the Tube network's Wi-Fi connection this morning to deter climate change protesters who are planning to disrupt London's transport network.

Extinction Rebellion, the climate change activist group, warned that they would take their protest underground today, potentially causing travel chaos by glueing themselves to Tube trains.

Superintendent Matt Allingham from British Transport Police, said: “We have robust plans in place to help us respond to any potential protest activity targeting London’s rail network including the London Underground. Over the next few days a large number of additional officers will be on patrol to help facilitate what we hope is a safe and peaceful protest.

“However, we will not tolerate any activity which disrupts the millions of passengers who rely on using the rail network in London. During the next 24 hours, these intelligence-led patrols will be in place to help keep everyone safe and to ensure that disruption is kept to a minimum."