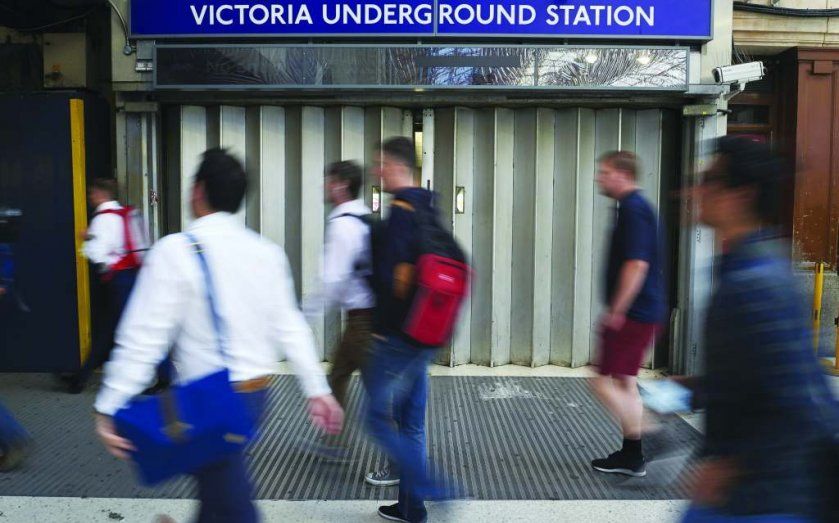 Crunch talks between trade unions and London Underground have ground to a halt, with just two weeks left to avert a second mass walk-out of the summer.
Unions had been due to resume talks this morning, yet the RMT shelved the negotiations after complaining of “serious breaches of safety protocols” on the Tube over the weekend.
Instead of meeting with London Underground and conciliation service Acas, RMT will spend this morning speaking to the Office of Rail and Road (ORR) – the watchdog responsible for transport safety.
Acas said last night that it cannot be sure when talks will resume. “We are currently in touch with all parties to try to arrange talks to resume later in the week,” it said. The RMT said it cannot be sure when talks will resume.
RMT boss Mick Cash, who replaced Bob Crow after the former union leader’s death last year, laid the blame for the delay firmly at the feet of London Underground.
Read more: Businesses predicted to lose millions if second walk out goes ahead
“We have received a number of reports from local reps of the most flagrant breaches of safety protocols on London Underground over the weekend which are directly related to a management drive to keep services running in light of the overtime ban,” Cash said in a statement.
The union is advising its members to turn down any overtime work while the standoff continues. The overtime ban will “demonstrate that London Underground should be properly staffed at all times with directly employed, fully trained and competent staff”, it said last week.
Now, the RMT argues, management is breaching safety procedures by seeking to run services as normal despite the overtime ban.
Last night, Transport for London (TfL) defended its safety record with chief operating officer Steve Griffiths saying: “We have not breached any safety regulations. In fact, we have already met the ORR and our agreed processes during this industrial action have been fully risk-assessed and approved.”
Griffiths said the measures included managers undertaking some of their staff members’ duties .
Another union told City A.M. last night that talks had been progressing “slowly” until the end of last week.
A strike is scheduled for 6:30pm on 5 August, and is planned to last until the same time the following day.
Workers have voted for action over ongoing pay disputes and job cuts, as well as fears that the Night Tube will usher in widespread unsocial hours for staff. London Underground denies that the Night Tube will have a major impact on staffing hours.
Share
Tags: Night Tube Transport for London Travel delays and disruption