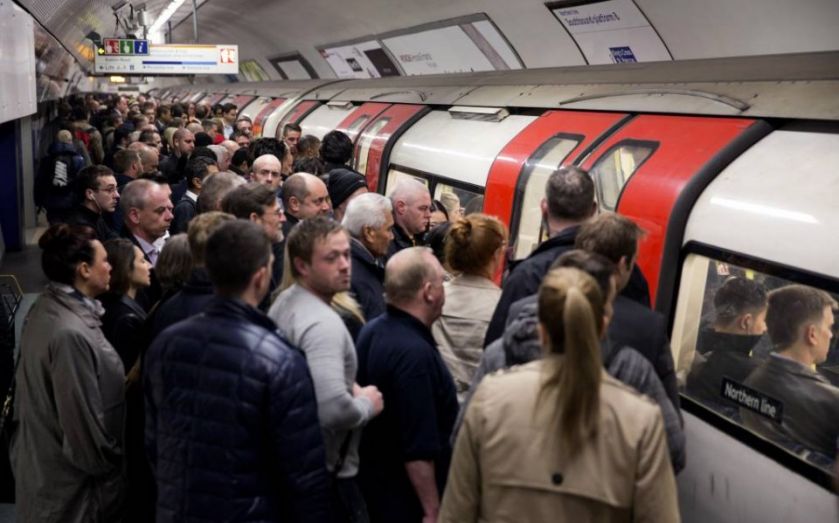 Unions have called on members to restrict their work even further, amid claims that London Underground is attempting to “undermine” its work-to-rule action.
According to RMT there have been “serious safety breaches” as London Underground attempts to keep the Tube on track during a long-running overtime ban. The transport union said it had “been forced to take this matter to the highest level of the Office of Rail Regulator”.
As a result more industrial action will start at 3:30am tomorrow morning (28 July).
Union members have been told they should not bring a train into service if it has not been prepped within the prior 24 hours, or if it the work has been carried out by  “unqualified personnel”.
Until further notice they are not “to train or familiarise any London Underground employee or contractor in any working practice/s that are not a normal, contractual and agreed job task work location of the trainee.”
On top of this, strike action is still scheduled for 5 August.
RMT general secretary Mick Cash once again blasted the “totally divisive” offer being made by TfL for staff affected by the changes, which it claims will damage Tube staff's “work-life balance”.
In a letter to union members, he added: “I wish to congratulate you all for your steadfast resolve and determination on the recent days of action. This magnificent show of solidarity sent a crystal clear message that members demand a decent offer to keep pay up with the cost of living and adequately compensates for the introduction of night running.”
Cash said the overtime ban was “biting hard”, with management attempting to circumvent the impact by “riding roughshod over our agrements which ensure the safety of staff and passengers alike”.
“It has become so serious we have been forced to report LUL to the Office of Rail and Road over a series of breaches of safety protocol last weekend,” he added.
Talks at Acas were cancelled today in order for the union to attend an “emergency meeting” with the Office of Rail and Road over these breaches, Cash claimed.
“LUL should be focusing their efforts on tabling a decent offer which rewards all your hard work and loyalty and genuinely compensates staff for dramatic affect Night running will have on your working conditions,” he wrote. “I urge members to continue to stand firm and take the above action as well as continuing to adhere to the ongoing overtime ban.”
But Steve Griffiths, chief operating officer of London Underground, rejected the claims around safety.
He said: "We are working hard to resolve the current dispute, and are committed to continuing constructive discussions with all unions.  We will never compromise on safety and are operating the Underground safely for our customers and staff.  Our measures to mitigate industrial action by union members include experienced managers undertaking some of their staff's duties.  Any suggestion that we would use inexperienced staff is completely false.”
Share
Tags: Night Tube Travel delays and disruption