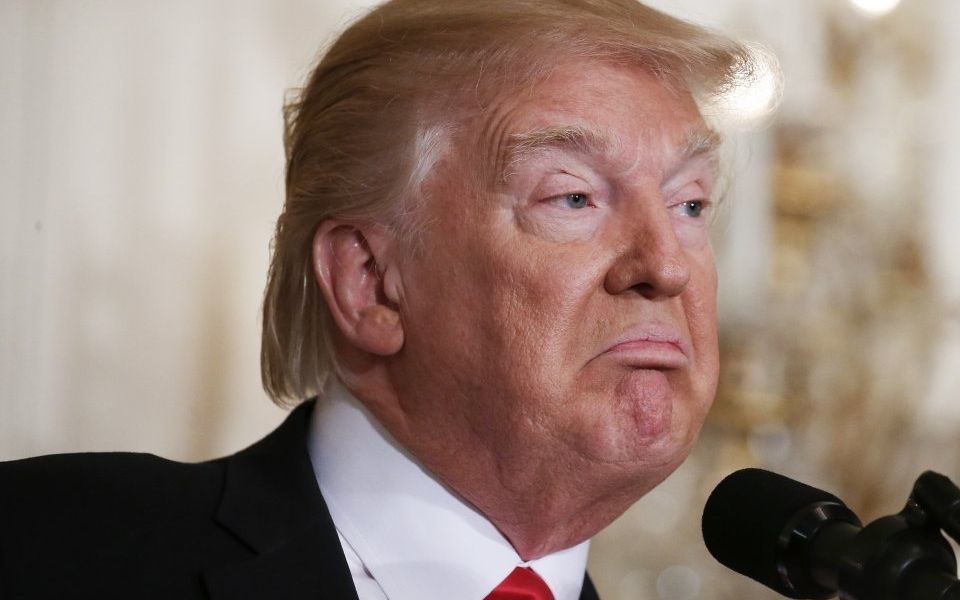 The equity rally since Clinton was “Trump-ed” on 8 November has been the biggest for any new president since Herbert Hoover was elected in 1929. While some believe it marks the early stages of a paradigm shift, others have rationalised the move as “Trump without the bad stuff”.

As hedge fund manager Seth Klarman recently wrote, “exuberant investors have focused on the potential benefits of stimulative tax cuts, while mostly ignoring the risks from America-first protectionism”. Much of what we currently read is fizzing with enthusiasm, so in this note we will examine the other side of the argument, focusing on Trump’s approach to global trade, and why it could be potentially very negative for global growth. We’ll then look optimistically beyond the balance of this cycle to a few longer-term possibilities.

For those of you struck by our opening statistic, note that despite the initial bounce in stocks when Hoover was elected, he became president only nine months before the 1929 market crash and subsequent depression. Accordingly, it feels only appropriate to kick off with some of the bad stuff first…after a condensed bit of scene setting.

A brief look at the past 35 years

When the Bretton Woods monetary agreement was dissolved under Nixon in the early 1970s, a new system, the dollar standard, began to emerge. With the introduction of free-floating currencies, this regime fundamentally changed the nature of international trade.

From 1929 to 1980, the US current account had largely been in a state of balance. However, from the early 1980s onwards, it started to deteriorate – meaning that on a net basis the US economy began to import more than it exports. Indeed, between 1980 and 2015, the US trade deficit has grown to cumulatively exceed $10 trillion.

What that means in practice is that over the last three-and-a-half decades, the trading partners of the US have profited from the production and sale of $10 trillion worth of goods more than would otherwise have been the case. Over this time, trade with the US has transformed country after country that pursued a strategy of export-led growth, most notably China.

Considerable benefits of this system have accrued not only to the US’ trading partners, but also to the motherland itself. To understand why, recall that in order for a country’s balance of payments to balance (which it must), a country running a trade deficit (like the US) must simultaneously run a capital account surplus.

What this means is that for the past 35 years, the US trade deficit has essentially been financed by the surplus nations (like China) printing their own currency and using it to buy the dollars earned by their exporters. That those dollars have then been substantially recycled into US assets, like government bonds, is just one reason why bond yields today are so low on a global basis. A summary of the main benefits we’ve seen to this system over the years are as follows:

Then along came the crisis – one borne out of too much debt – and the policy response: more debt (bizarre, I know). During the years that followed, the system worked largely as before. Crudely, the US has continued to run record deficits and its trading partners still buys their debt. And yet despite trillions of dollars of monetary stimulus; a doubling of the national debt; zero interest rates; record low bond yields and record high equity prices; the US economy has turned in its weakest expansion since World War II.

Not only has the cycle been weak, but it has also been rather lopsided in terms of who has really profited. In aggregate, the US remains one of the wealthiest countries in the world. But wealth inequality, income inequality and perceived opportunity inequality have ultimately promoted high levels of dissatisfaction. The rest, as they say, is history…

“Those who suggest that Trump’s trade policies will ignite a trade war ignore the fact that we are already engaged in a trade war. It is a war in which the American government has surrendered before engaging.”

Turning to what we know of Trump’s trade policies. The above quote comes from a white paper called “Scoring the Trump Economic Plan”, co-authored in September 2016 by Peter Navarro, the now-head of Trump’s National Trade Council and Wilbur Ross, Trump’s Secretary of Commerce.

At the heart of the paper, and indeed Trump’s plan, is a pledge to “eliminate America’s chronic trade deficit”. The argument is essentially that flaws in the post-Bretton Woods system, namely an inability to prevent large trade imbalances as a result of i) currency manipulation and ii) trade cheating; have conspired to the detriment of American workers through lost wages and lost jobs.

While there is certainly some truth to that, it is only part of the story. The important point though, is that with the global economy having been built around imbalanced trade for the past 35 years, it strikes us as an incredibly difficult situation to substantively reverse – certainly without causing major disruption along the way.

While the paper submits a variety of explanations for why in theory eliminating the trade deficit would be positive for US growth (and arithmetically, all else being equal, it would), the consequences for the global economy strike us as something investors ought to be very concerned about.

In 2015, the US ran a total trade deficit of approximately $500 billion. If that were eliminated, which is to say US net trade improved by $500 billion, the net trade balance of the rest of the world would by definition have to contract by the same amount. That could be very disorderly if mis-managed.

Take China – accused in the paper as being the world’s “biggest trade cheater” – as a theoretical example. In 2016 its trade surplus with the US amounted to $347bn, which is a little over 3% of Chinese GDP.

If in extremis that trade surplus was eliminated largely as a result of reduced US imports, the Chinese economy would not only shrink by that amount, but the second-order effects would be a gigantic hit from lost jobs, investment and consumption, let alone the inevitable knock-on effects to China’s other trading partners. Now of course, a reduction of that scale is incredibly unlikely to happen, but the direction of travel is certainly an unsettling one.

For completeness, in 2015 the EU had a surplus with the US of $156bn (of which Germany was $75bn), Japan was $69bn, Mexico was $61bn. All of these countries have been subject to criticism from the Trump administration in recent weeks.

It is also far from clear whether once second-order effects are taken into consideration, such a policy would even be advantageous for the US. We suspect many of the benefits we outlined in the previous section would likely unwind. There would be a good chance that both inflation and interest rates would rise, credit would contract and profit margins would fall. That’s a bad combination for a highly leveraged economy.

There is approximately $47 trillion of public and private sector debt in the US. That means that every 1 percentage point increase in rates causes interest expense to rise by $470 billion, which equates to approximately 2.5% of US GDP.

Lastly, because the US trade deficit has traditionally been the primary means of dollars being injected into the global economy, there’s also the not-insignificant issue of financing global trade. One lesson from the crisis is that without sufficient dollars in the system, global trade has a tendency to collapse.

We think over the next year Trump will prove very ambitious and highly impatient, which doesn’t bode well for due consideration of second order effects and balanced decision making. How he approaches global trade is of critical importance.

We think it is right to be very wary of the notion that neutralising the US trade deficit is the right idea – certainly in a hurry – and believe a “house of cards” analogy is potentially very fitting. For as long as President Trump is in power, we hope he and his cabinet pursue policies that focus on structurally boosting the productive capacity of the US economy and increasing global aggregate demand, not decimating it.

“I’m the guy pushing a trillion-dollar infrastructure plan. With negative interest rates throughout the world, it’s the greatest opportunity to rebuild everything…”, Steve Bannon, Chief Strategist in the Donald Trump administration, 24 November 2016.

Now for the longer-term optimistic bit…

At some point, most likely in response to the next recession, we think it’s probable that the US (and others) will emulate what the Japanese have recently legislated and peg long-term bond yields at an artificially low level. Think of it as the next iteration of quantitative easing – theoretically open-ended and implicitly supportive of large-scale fiscal expansion.

Quite simply, the long-term structural challenges facing the global economy are not going to be solved by VAT-funded corporate tax cuts and a $1 trillion infrastructure scheme. That isn’t to say both packages (if enacted) won’t help boost growth temporarily. But without addressing the chronic lack of productivity growth globally, our longer-term potential output will ultimately decelerate to a level too low to support the system.

When the world is next faced with the prospect of another spiralling crisis, we think the fiscal armoury will likely be fully deployed with monetary policy in tacit support. If it comes to pass, this era would hopefully emphasise a productivity revolution, with initiatives such as government-sponsored investment in new technologies and industries of the future.

In the shorter-term, Donald Trump is first and foremost a developer, and since developers like to borrow and spend, that’s what we expect he will do. FedEx recently said that US roads are so bad, they’re burning through tyres twice as fast as they did 20 years ago. There’s no shortage of things to rebuild.

Finally, if this election can be looked upon as a symbol of anything progressive, it is that the global political landscape is being revolutionised. In our most hopeful moments, we’d like to think it’s paved the way for somebody like Bill Gates to become president one day. Why not? Now that really would ignite animal spirits.