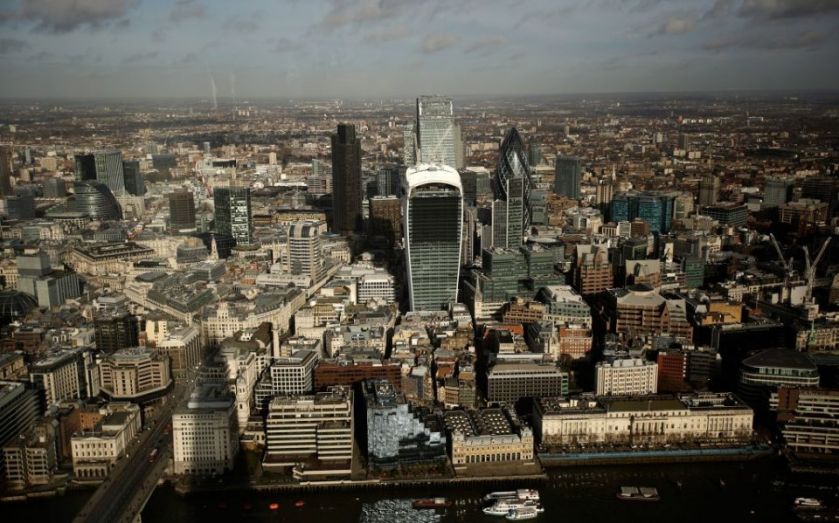 London's impressive growth is helping to refill the Treasury’s coffers as the chancellor tries to get the nation’s borrowing under control.
The capital is believed to have made a £34bn net contribution to the public purse during the last fiscal year, according to data published by the Centre for Economics and Business Research (CEBR) yesterday.
The huge surplus is the highest amount since the global financial crisis, having jumped from £28bn in 2012-13 and just £11bn back in 2009-10.
And the amount is likely to keep growing, with the CEBR projecting a growth rate of 4.2 per cent in London for 2014 as a whole.
“Westminster and the City of London are the two districts with the greatest economic output, which together produce a fiscal surplus of £23.8bn,” the report said.
“London’s outstanding economic performance is a testimony to the people and businesses of London,” said City of London policy chairman Mark Boleat.
“Clustering business together in the centre creates an environment primed for economic growth – but this cannot work without out symbiotic relationship between all London boroughs.”
London puts far more into the Treasury’s coffers than it spends in tax, allowing it provide a greater amount in net contributions than any other region in the UK.
In the last financial year which ended in April 2014, London’s fiscal surplus was £34bn – about one third of the UK’s projected budget deficit for this financial year. The capital accounted for just a £93bn share of public expenditure in 2013/14 while generating £127bn in tax revenue.
London has consistently provided a higher fiscal contribution than any other region since 2006/7, reflective of its role as the UK’s major financial and business centre.
“The UK economy is recovering but there is still a lot to do. This report shows that London is playing a major role in to reducing the budget deficit,” said CEBR boss Charles Davis.
“While it is true that London is benefitting from major infrastructure investment, this research clearly illustrates that the capital makes a major contribution to state finances.”
Earlier in the autumn London Mayor Boris Johnson sought to quash the perception that the city’s growth comes at the expense of the rest of the UK.
“When the great London flywheel turns faster and faster it helps to drive the vast and intricately connected locomotive that is the British economy,” Mayor Boris Johnson said in his conservative party conference speech.
Figures support the Mayor’s claim – official figures this summer show London accounts for more than 22 per cent of gross value added in Britain, a key measure of output.
Over the 2000s and 2010s, London has achieved an average growth rate of over 2.5 per cent – faster than any other region,  said a report released yesterday by the Centre for Economic and Business Research (CEBR).
Added to that, the rate of London’s job creation leads the nation, with an average of 1.9 per cent annual growth in employment since 2010.

THE CITY IS INCREASINGLY BOOSTING THE UK’S PUBLIC PURSE