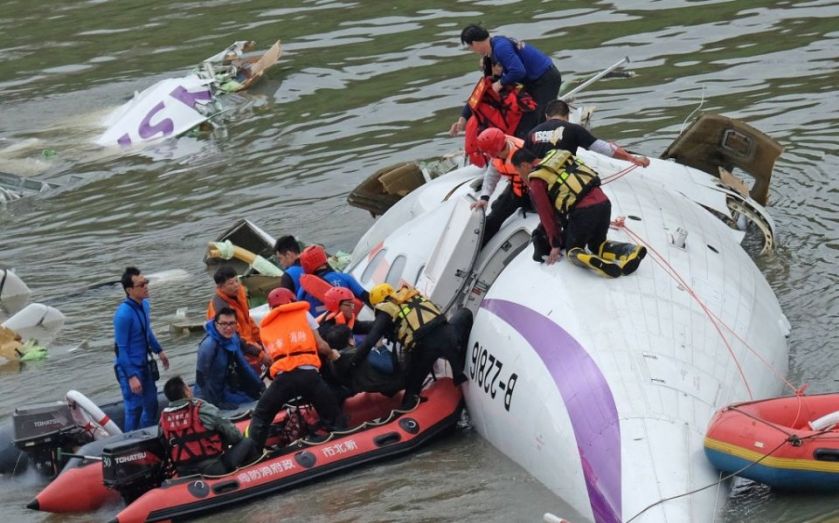 Taipei fire department has confirmed that 23 people have died in the Taiwanese TransAsia GE235 crash that took place last night, with emergency services still attempting to rescue passengers trapped on board.
Local media reports that city officials confirmed the death toll, and that a further 20 people are still missing.
The plane clipped a bridge and crashed into a river near the Taiwanese capital Taipei, with the dramatic moment captured on video.
Records show that 58 people were on board, including five crew, and 15 people have been rescued from the fuselage, which is half-submerged in the Keelung River. Some of those have been taken to hospital.
A number of people are still unaccounted for, however, and there have been no more people rescued for many hours.
There have been some extraordinary images to emerge from the incident, including one of a toddler rescued alive from the wreckage.
https://twitter.com/heatheranne9/status/562904661800521729
This video shows the shocking moment that the plane clipped the bridge.
This picture shows the damage the plane caused to a taxi – the driver reportedly fainted at the wheel.
https://twitter.com/pranaavj/status/562832065406980099
Below are other pictures from the scene: