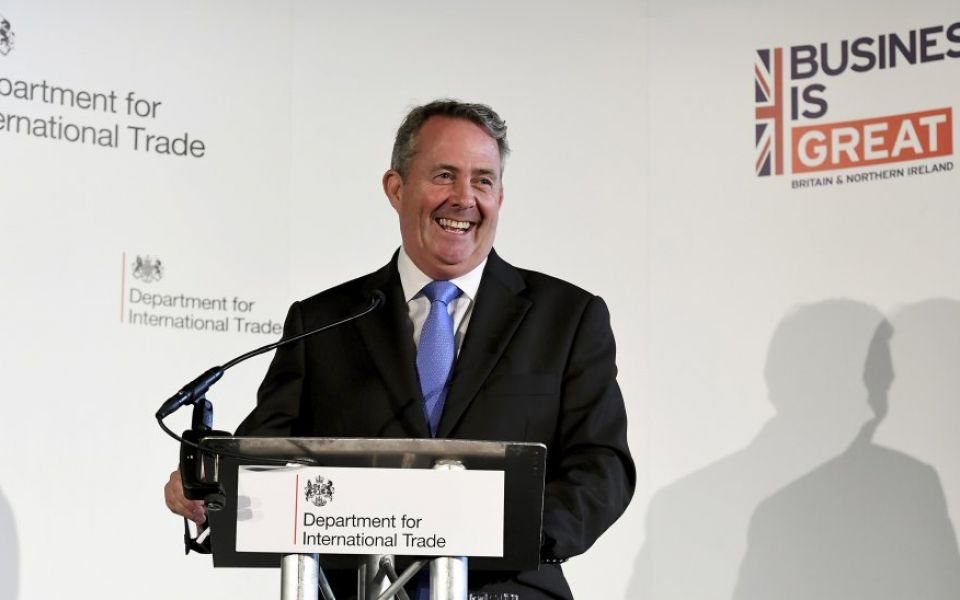 International trade minister Liam Fox has admitted that it is impossible to say whether a Brexit deal can be reached with the European Union in the next two months, as negotiations continued to stall over the Irish backstop.

Asked by Reuters whether a Brexit deal will be struck this month Fox said: “That’s impossible for me to say.”

“The quicker we get agreement the better, but in the end it is more important to get the right agreement than the quickest agreement,” he added during a trade mission in China.

EU and British negotiators have been unable to agree a deal for the Irish backstop, which is intended to ensure there is no hard border on the island of Ireland.

Yesterday it emerged that Brexit secretary Dominic Raab had demanded a three-month time limit on the backstop, at which point Britain could choose to end it.

However, Ireland’s Taoiseach, Leo Varadkar, ruled out giving Britain the right to unilaterally kill the backstop on a call with May.

Northern Ireland's Democratic Unionist Party (DUP), which props up Theresa May’s government, has said the prime minister is “heading for a no deal” Brexit.

“Such an outcome will have serious consequences for economy of Irish Republic.

“In addition, UK won’t have to pay a penny more to EU, which means big increase for Dublin. Can’t understand why Irish Government seems so intent on this course.”

EU chief Brexit negotiator Michel Barnier said that the two parties were no closer to sealing a deal for the Irish border.

“For now, we are still negotiating and I am not, as I am speaking to you this morning, able to tell you that we are close to reaching an agreement, since there is still a real point of divergence on the way of guaranteeing peace in Ireland, that there are no borders in Ireland, while protecting the integrity of the single market,” Barnier told Belgian broadcaster RTBF.