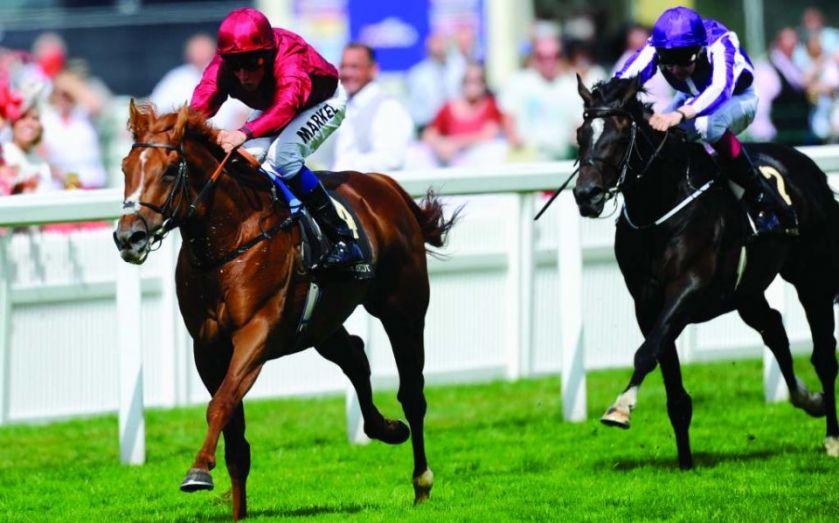 BILL ESDAILE PREVIEWS TOMORROW’S FINAL DAY OF ROYAL ASCOT
Tomorrow's Hardwicke Stakes (3.40pm) has all the ingredients to be a mouth-watering encounter.
With all seven confirmed runners having triumphed in today’s Group Two company or better it is a race to savour.
Telescope, who won this race last year by a scorching seven lengths, is the most popular with the punters, at around 6/5, to successfully defend his crown.
The five-year-old went on from that run to place in the King George VI and Queen Elizabeth Stakes, but has since disappointed with just the one win, and that was only in Listed company.
At such short odds, I simply can’t justify backing a horse who has a habit of underperforming in the big races. And there are plenty of class horses to contend with today too.
Luca Cumani's Postponed is certainly one of those. After a solid third in the Tattersalls Gold Cup at the Curragh last time out he will relish the step up to 1m4f.
For me, though, it’s the John Gosden-trained EAGLE TOP that they all have to beat.
He was fourth in last summer’s King George on what was just his fourth outing and he looks primed to put in a career best performance tomorrow afternoon.
Gosden entered this beautifully bred three-parts-brother to Sariska in the Prince Of Wales’s Stakes, but this trip is what he needs.
After a pipe-opener at Sandown at the back end of last month, I’m expecting him to show the world that he’s every inch a match for Telescope. With the in-form Frankie Dettori in the saddle he is worth a punt at 7/2 with Betway.
His trainer could be set for a big day as I also think he can land the Wolferton Stakes (3.05pm) for a third time in five years.
Beachfire and Gatewood did the business in 2011 and 2012 respectively and this year’s Derby winning trainer fires yet another improving four-year-old at the race in the shape of MAHSOOB.
Despite a 9lb hike in the weights he looks a very progressive type, not least for his effort at York just over a month ago.
After a sluggish start from a wide draw he flew home impressively under a Paul Hanagan drive in a performance that really caught my eye.
It’s no surprise that the lightly-raced four-year-old is in hot company tomorrow, most notably Provenance and Collaboration. But I think he’ll be too good for them and will maintain his unbeaten record.