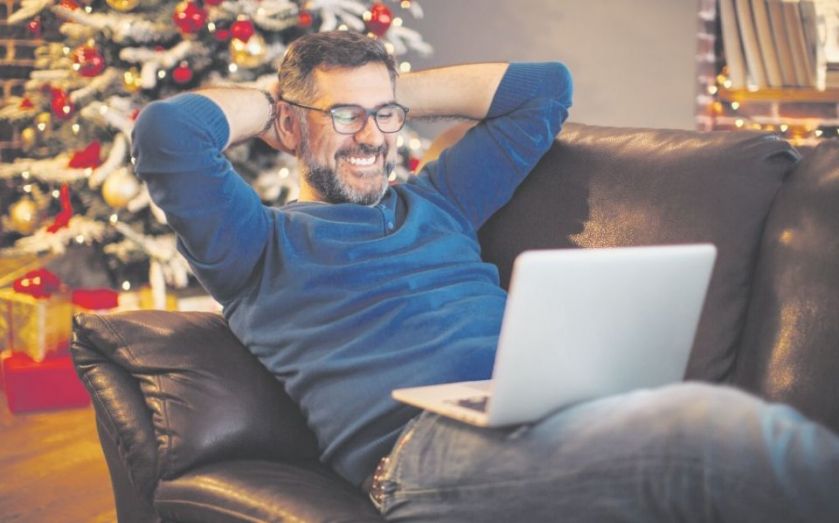 Christmas is a time of abundance, of eating, drinking and throwing money around like there’s no tomorrow.  But the combination of profligate spending and time off work can make the festive period a good time to take stock of your finances.
While cautioning readers about the pitfalls of over-spending at Christmas may make me sound like the Grinch, a host of research has come out lately with dire warnings about the potential poverty facing today’s young people in old age.
Saving and investment among the under 35s is at worryingly low levels. This generation is expected to be the first which doesn’t have a better standard of living than its parents. On average, young people will be worse off than their parents at every major milestone.
“We are reaching a tipping point in society. It will be around 2035, where a generation is going to retire without the backstop of defined benefit pensions, and if they are lucky they will have some small pension,” says Tony Stenning of BlackRock.
“If that generation retires with less money than the previous generation, it could have potentially catastrophic implications for social cohesion. They will spend less, there will be fewer jobs and the economy will be hurt.”
The generation behind them, the under 30s, are in an even worse place, Stenning says. They are getting on the housing ladder much later so may retire with less equity in a home, are saddled with student debt and have little in the way of pension provision.
With that nightmare scenario in mind, here are four top tips from the experts to get you and your family’s finances sorted this Christmas.

1. GIVE THE GIFT OF INVESTMENT

Setting up a Junior Isa (Jisa) or putting money into an existing one is one of the most responsible gifts a parent could give. It’s a savings account where £4,080 can be put away annually in a child’s name, with no tax paid on interest earned. “Unlike the latest fashion or fad, investing in a Jisa isn’t just for Christmas. This is a gift with long- term benefits,” says Maike Currie of Fidelity Personal Investing. “The money is locked away until the child reaches the age of 18, and even a small amount could build up to a significant figure over time.”
While interest rates on savings accounts are generally low at the moment, dedicated children’s accounts have some of the most generous rates among high street banks, says Adrian Lowcock of Axa Wealth. They can often be useful when the Jisa allowance is used up. He highlights Halifax Kids’ Regular Saver account which is paying 6 per cent interest, and allows between £10-£100 to be saved each month. The rate is only guaranteed for a year and interest is paid at the end.

Lack of decent pensions which will give a realistic amount of money to live on in retirement is one of the biggest problems facing people today. Those who do save tend to save in cash, which won’t grow by itself – or be topped up by the government with extra money, as anything put away into a pension scheme is.
“People can’t envisage themselves as older people, so they just don’t prepare for it,” says BlackRock’s Stenning. There are conflicting demands on people’s income, but putting away as much as possible into a pension will prove invaluable in later life. “At the start of life you have so many challenges for your purse strings… there’s so much uncertainty,” he says. One way to get some certainty in life is to pay more into a pension, take the government top-up and know you will have something put away.

People are often reluctant to pay for financial advice, but a good adviser will be worth every penny. They are important for people at all ends of the spectrum; those starting out with investment, people planning for retirement, and those with more  complicated arrangements.
There are many “robo-advisers” around now, which may be worth a look, but there are some things a robot cannot do. Human advisers are especially useful for two things: managing feelings such as fear and greed, and then tax planning, says Karl Dasher of Schroders.
“A good adviser can help with behavioural management. There is no computer in the world that can stop somebody panicking and selling [their investments] at a low,” he says.

Being conscious of where tax is being paid, and where it can be minimised, is a crucial step on the way to using your money wisely and generally having more of it. A financial adviser can help with this, but there are also some things which can be sorted out at home.
“If you make bad tax decisions, all your winnings will be eaten up,” Dasher says. “A good adviser will locate tax strategies. Things like that are very important.”
Tax strategies are especially useful for passing wealth down the generations. Fidelity’s Currie recommends making use of tax allowances in Isas and through a pension scheme. Once these are maxed out, consider contributing to a spouse’s or child’s pension as well.
“They will get tax relief added at the basic rate, but this won’t affect your own tax bill,” she says. “Remember that children have their own allowances and tax bands and it may be possible for a parent to achieve tax savings by transferring income-producing assets to their child.”