Mark Carney, however, might be the exception to that rule. For a man who wears a pained expression every time he is probed on something Brexit-related, the governor of the Bank of England has really been stepping up the warnings of late.

And it's set to make for a tasty showdown at the Treasury Select Committee (TSC) this morning, when a gaggle of Labour, Conservative and SNP backbenchers get their hands on the governor to grill him over his latest Inflation Report – and the array of Brexit warnings he's dished out in recent weeks.

Former chancellor Lord Lamont set the bar pretty high with his storming attack on Carney just hours after he said Brexit could trigger a recession. The TSC, however, is used to being in the headlines – don't rule out some of its members going even stronger, especially now they have not only some Bank of England analysis to get stuck into but the latest warnings of a recession from the Treasury, published yesterday.

Here's who to look out for and what to expect from the 11 men and women the governor will have to navigate when the session kicks off at 10am.

The feared Conservative chair of the TSC has been dubbed one of the most influential backbenchers in parliament for the professorial skewerings he dishes out without fear or favour. He is yet to declare where he stands on Brexit, which suits his meticulously crafted position as being "above the fray".

Earlier this month he accused George Osborne of "over-egging" his analysis of how bad things could get after a vote to leave, but has reserved a special kind of ire for the claims' – and behaviour – of Leave campaigners, including Boris Johnson. 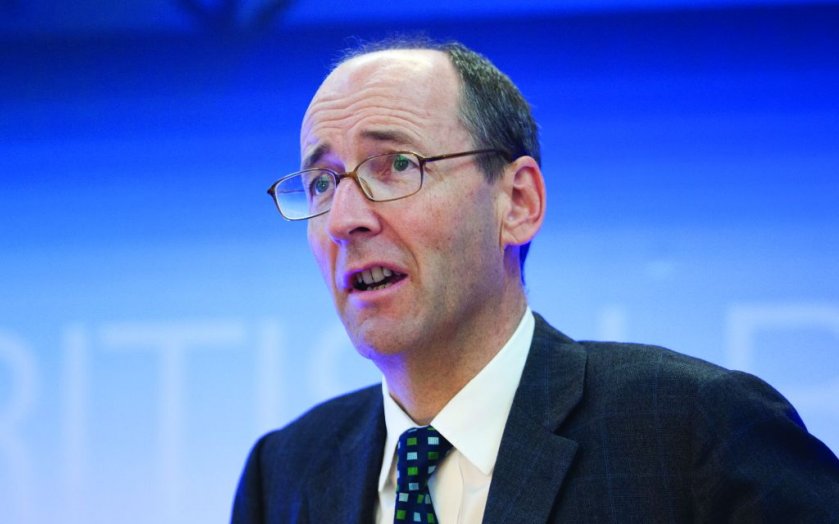 A committed Tory Brexiteer with staunch views on monetary policy, at their last run-in back in March, Baker implied the governor was doing the work of Downing Street by trumpeting the economic dangers of a vote to leave. Since then Threadneedle Street has ramped up its warnings on more than one occassion. Expect Baker to go big on questioning Carney's independence.

A Conservative Inner and former investment banker, Carney may find he has a friend on the panel in the form of Garnier. The MP for Wyre Forest has previously said it is "vital" that the analysis of the Bank of England over the UK's membership of the EU is heard loud and clear.

The Labour MP is staunchly pro-EU and, along with her Labour counterpart Rachel Reeves, has used her position to attack the claims made by the Brexit bunch. Lacking the unique style of a Rees-Mogg or the painstaking cut-through of a Tyrie, Goodman's questioning is likely to be friendly and shouldn't create too many ripples outside the committee room.

A pro-EU Conservative, Hammond is not afraid to question the claims on both sides of the debate. He pressed George Osborne to provide a little more detail over the Treasury analysis that Brexit would cost each household £4,300 in lost GDP by 2030, but in the shadow of the more flamboyant and outspoken Baker and Rees-Mogg, the gentle approach easily gets drowned out.

An economist-stroke-journalist turned Scottish National Party (SNP) MP and TSC-member, Kerevan is up for staying in the EU. As the SNP's sole representative on the panel, expect some reference to the possibility of a second referendum, the effect a vote to leave would have on Scotland, and perhaps a little bit of annoyance over the governor's role in the 2014 independence referendum.

The outspoken Labour MP whose Twitter bio declares he is "not scared to say how it is" has been curiously quiet on which way he will vote in the EU referendum, but has been a notable Eurosceptic within his party and was one of only a sprinking of Labour MPs not to join the official In group headed up by Alan Johnson. At their last meeting, Mann accused Carney of being "reliant on fear factor alone" to make the case that Britain's economy is best served as a member of the EU. He also attacked the governor for "hugely hyping up" the benefits of membership.

A Tory new boy who backs staying in the EU, Philp previously teed up the governor to talk about how the City of London will suffer after a vote to Leave in an exchange which showed the Inners were keen to coerce Carney into going a little further and saying exactly what they want.

The independently-minded Tory MP has proved quite a headache for chancellors and governors who come before the TSC. When they last crossed paths, Rees-Mogg warned Carney: "It is beneath the dignity of the Bank of England to be making speculative pro-EU comments."

In what will be Rees-Mogg's last chance to have a run at Carney in a formal setting before the vote, expect the well-rehearsed comments and questions from the media-friendly North East Somerset MP to litter the papers tomorrow.

A Labour inner and a previous economist at the Bank of England dubbed the "shadow chancellor in exile" by the New Statesman, Reeves pushed Mark Carney hard over the possibility of sterling depreciation and inflation in the wake of a vote to leave last time round. Now she has some official Bank numbers to get stuck into, expect her to try and tempt the governor into issuing a few more warnings about how the UK economy will react to Brexit.

One of the 2015 Labour intake, Streeting has also proved himself an ally of Carney in the face of some tense questioning from his Conservative counterparts on the TSC. After he dropped the r-word in his press conference following the publication of the Inflation Report, Streeting jumped to Carney's defence: "The governor and the Bank have a responsibility to ensure the public can make an informed choice."