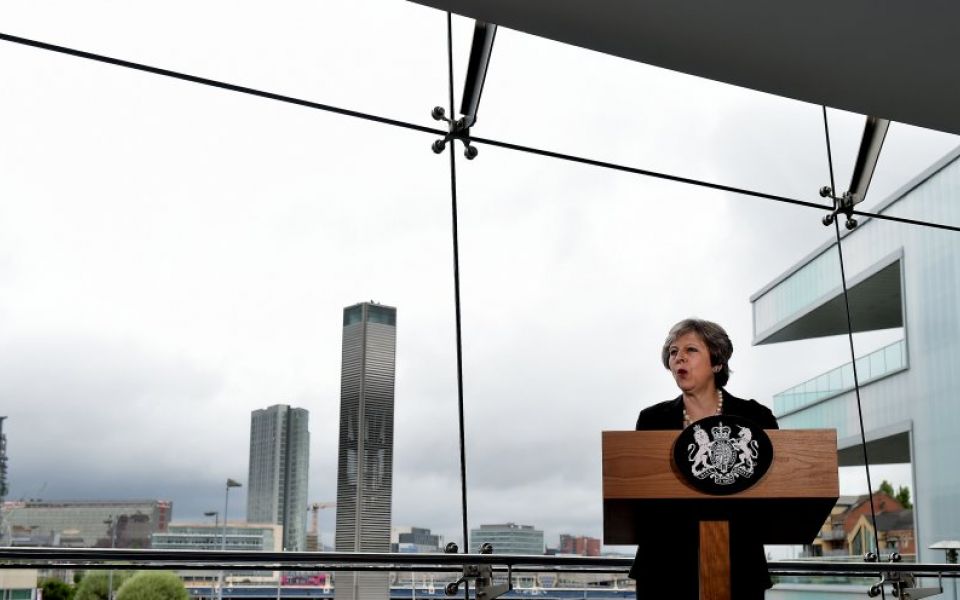 Last week, I embarked on a visit to Northern Ireland to engage with its financial and professional services sector.

With fewer than 200 days until the UK leaves the EU, and the Irish border proving to be one of the more contentious issues surrounding negotiations, this was an excellent opportunity to hear the views of firms based there.

I visited two of Northern Ireland’s most prominent centres, Belfast and Londonderry, to meet not only businesses, but also the broader community.

Read more: Northern Ireland can’t afford to wait any longer for a government

In Londonderry, I sat down with a group of school pupils to discuss my mayoral theme: the Business of Trust. This was a most inspiring session, and it was great to meet some of those who enrich the human capital of Northern Ireland. I very much look forward to inviting some of these pupils to London in November to participate in the Business of Trust Navigation Tool and to connect with our excellent City schools.

A key takeaway was just how much this generation values mobile banking and digital channels. As social media grows in prominence, young people looking to open their first bank account are identifying “trust” as a service that provides quicker, easier and more instantaneous transactions.

Their faith in mobile banking apps – a form of banking that has risen exponentially in the last five years – demonstrates how important it is that firms are ahead of the curve when it comes to fintech.

Both Londonderry and Belfast are seeking to secure more investment through “City Deals” focusing on innovation and tech, the services economy, and skills training.

These deals will build on recent successes – not least investments by FinTru and Danska Bank – and it was great to be in Northern Ireland when Alchemy announced a 250-job insurtech investment.

The second part of the visit – to Belfast, Northern Ireland’s capital – had a distinct focus on how technological developments, such as mobile banking, should be safeguarded.

Belfast is a centre of excellence for combatting the threat of cybercrime. Just last year, Northern Ireland became the number one location in the world for cyber security investment, with the highest percentage of qualified IT professionals in the UK and Ireland.

The Centre for Secure Information Technologies, for example, brings together a conglomerate of academics, researchers, engineers, industry and government to identify disruptive technologies and safeguard against cyber attacks.

Centres like this are invaluable to the UK’s competitiveness in the coming months and years, and I was glad to help strengthen our ties there.

Brexit was, of course, discussed throughout the visit. The consensus was that firms are hoping to see greater clarification around immigration, the border issue, and what “enhancements” would be made to the government’s plans to bolster the current equivalency regime for the financial services sector.

It was clear, though, that a sense of optimism remains across the UK and Northern Ireland. Financial hubs like London, Belfast and Londonderry will remain prominent, thanks to their wealth of expertise and pioneering technological advancements.

Collaboration, not competition, is the vital element that will ensure our sector remains a world-leader after Brexit and beyond.