The Visit at the National Theatre review: Lesley Manville shines in this overly-long drama 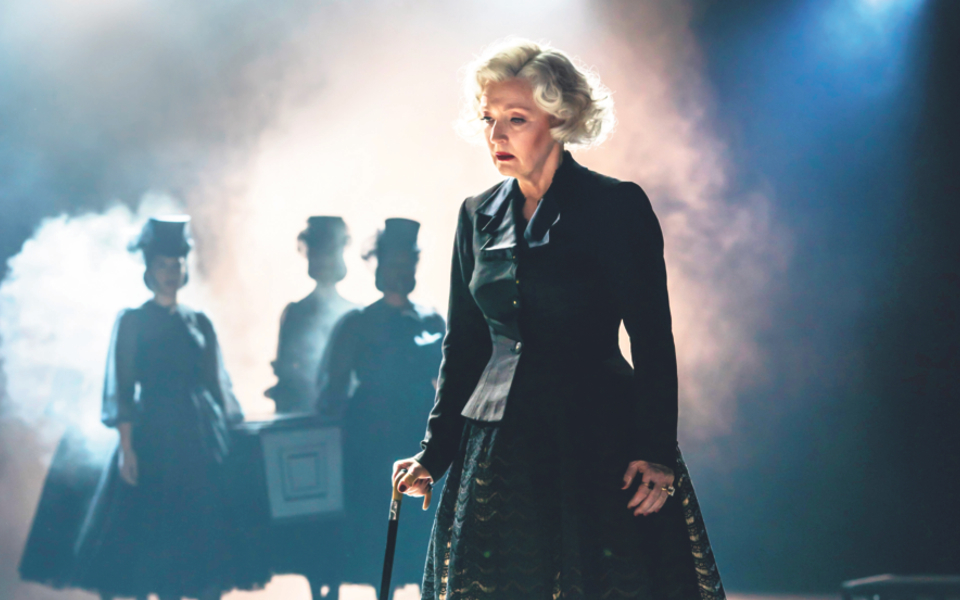 Dürrenmatt’s revenge tragicomedy arrives at the National’s Olivier Theatre in an adaptation by Tony Kushner, transporting the drama to post-war America. In the state of New York, in a poverty-ridden town appropriately named Slurry, the town’s residents are desperate for a break.

They pin all their hopes on the return (or rather, the visit) of one of their own, the world’s wealthiest woman, Claire Zachanassian (Lesley Manville). Her arrival causes an unimaginable stir when she offers the residents a grisly deal: one billion dollars if they agree to carry out the murderous revenge she seeks.

Manville is exhilarating as Claire, standing out even alongside stellar actors including The Matrix’s Hugo Weaving (who plays Alfred Ill, Claire’s childhood sweetheart). Claire perfectly encapsulates the corrupting allure of wealth: she is glamorous, powerful and beautiful, and in her own words ‘unslayable’. The message: money endures beyond all else, and in an era of poverty, ordinary people will do unspeakable things for it.

The play is packed with thought-provoking ideas and dark wit. The absurd and grotesque elements of Dürrenmatt’s work are well retained within a slick and delightfully reproduced 1950s set. With its convincing costumes, waspish silhouettes emerging through swirling smoke, and soft jazz soundtrack, it feels like a super-stylish vintage film.

Read more: Call of the Wild review: A heartwarming trek through the uncanny valley

I would love to say that the 3.5 hour running time (a conservative estimate at that) went unnoticed, but the length takes its toll, especially diminishing the impact of the crucial final scene. It feels like an under-edited book, the only silver-lining being my heightened admiration for the stamina of the cast.

Certain elitist intellectual ruminations could surely have been cut to create a shorter, sharper, more accessible piece. Performed in three parts with two intervals, I couldn’t help but wish the director had treated us to just two courses rather than force pudding on us too – I was already full.