The Thick of It’s Chris Addison talks about the limits of satire, the trials of being a parent and his new show, Breeders 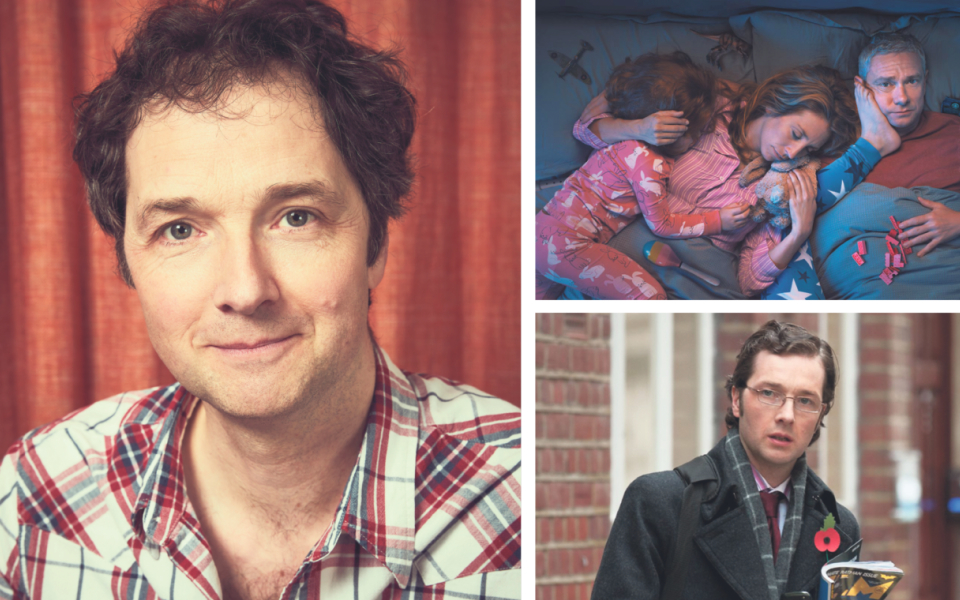 He rose to fame as a stand-up comedian and became a household name playing The Thick of It’s hapless SpAd Ollie Reeder. Now, after a spell in Hollywood, Chris Addison is returning to British screens with his new sitcom Breeders, directed alongside Simon Blackwell and starring Martin Freeman.

It’s a biting comedy about the sleepless reality of raising young children, which may prove the death knell for procreation among the already abstemious Gen-Z. Here’s what he had to say.

How did you come up with the idea for Breeders?

It started because Martin had a dream. He’s not the first Martin to have a dream, nor is it the most important dream a Martin has ever had. But the dream makes up the first scene of the series. He was dreaming that he was walking up the stairs because his children were making terrible bedlam and he knew he was going to scream at them. He was thinking ‘You don’t have to do this, you can be better, you can do better’ and then he got to the top and screamed and swore at them.

The next morning he thought ‘I’ve never seen that reality in a TV comedy’. So he suggested the idea to me, we took it to Simon and the three of us realised quite quickly that there’s an awful lot in that subject. We sat together over a series of long lunches opening our hearts and being honest about our experiences of being parents. We quickly realised he’s right – you don’t see that particular truth about parenting told on TV.

Do you wish you knew then what you know now?

There’s no question that when you have kids your life utterly changes. You’re always told about how you didn’t know that you had the capacity to love a thing the way you love your child. What you’re not told is that nothing can make you angrier than your own children. Nothing can push your buttons the way your kids do. Not your siblings or your parents. Nothing winds you up the same way.

How have people reacted?

One of the main responses from parents is relief, that it’s not just them. We all feel like we’re failing, not meeting the minimum standards. I think men in particular don’t come together to talk about these things.

Once the show was together and we’d pitched it and opened a writing room, we sat around for two weeks and everybody just talked through their lives and their anecdotes and their positions on all this stuff, and it’s definitely been an enormously cathartic experience – to know that you’re not alone. Martin’s character Paul says to his dad at one point in the show, ‘I thought I was a nice person but it turns out I’m not. Nothing can make me angrier than those children’ and I think that was an extraordinary moment of revelation as a parent. Not that, once it’s occurred to you, it makes it any easier.

Are we experiencing a new golden age of TV?

There was a period a few years ago when there was relatively little in this space and now there’s so much good stuff. It’s overwhelming.

I remember Tony Roach – a very brilliant writer who’s worked on Veep and The Thick of It and Succession – saying ‘everybody’s got a book now, or an album or a TV show or a movie’. When we were kids you’d wait months for the things you like to happen, now it’s like an avalanche.

My children are both at secondary school now so my wife and I have an hour a day that the TV is free for us to watch, so you just have to choose incredibly carefully. Everything is eight or 10 episodes now. So a series is two working weeks, and that’s a big commitment. I try not to beat myself up about it, you have to go through life watching the things you want to watch and reading the things you want to read, it’s all grist to the mill.

You’ve gone from stand-up to acting to directing, how does that work?

My agent said to me a few months ago, ‘You have the bizarrest career of anyone I’ve ever met, let alone managed.’ I never had an end goal when I started. I did stand-up as a distraction from what I really wanted to do, which was to be a theatre director. I didn’t start out thinking ‘I want to play this place’. I just liked it and wanted to be a part of it. And that’s been more or less what I’ve done throughout my career – ‘Oh, I like the idea of that’.

It’s taken me 25 years to realise the one thing my interests all have in common is I choose the thing that’s slightly outside of my comfort zone, even though I hate feeling uncomfortable. There’s some weird compulsion, and I end up thinking ‘Oh my god, how on earth am I going to do this?’ They were all idiotic choices, and when I got comfortable I’d move on.

What’s it like writing satire during these strange times?

We have a government that isn’t going to trouble the statue makers of the future. From a standing start, these are not the people who you would have chosen to run the incredibly complicated and important services we all rely on as a nation.

At least in the old days there was the pretence – or attempt – of competence. There was an understanding among politicians that that was important.

We’re in the post-competence era – politicians can lie to the Commons and keep their jobs. They can be involved in personal scandals that would have ended their careers 10 years ago. They don’t even have to be very good at their jobs. We’re in a very different landscape to when we were making The Thick of It eight years ago.

• Sky Original Breeders starts Thursday 12 March on Sky one and NOW TV; Read the full interview in the upcoming issue of City A.M. The Magazine, out on 2 April