The rise of the vegans: Where to get your plant-based meat this January 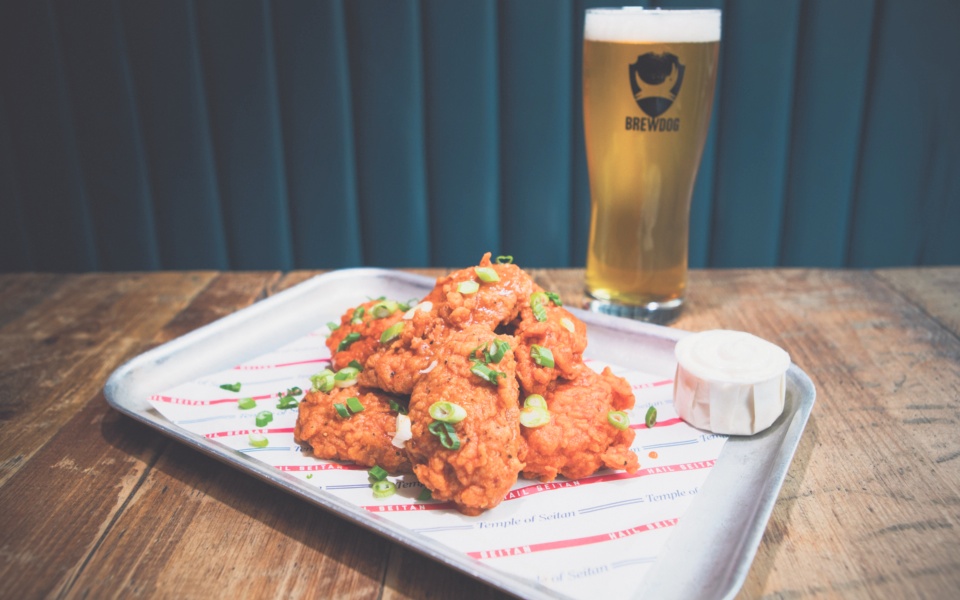 Whether you’re flexitarian, vegetarian, vegan or something in between, you’ll want to sample these meatless marvels. Now available everywhere.

The rampant veganisation of Greggs continues apace with the lauch of a plant-based alternative to its most popular menu item. The vegan steak bake employs Quorn chunks in a rich onion gravy, wrapped in a 96 layer crispy puff pastry. Like Furbies in 1994, the hotly anticipated vegan steak bake is selling out everywhere it can be found. So, to help guide you to your nearest one, Greggs has launched a vegan steak bake finder on its website.

The vegan revolution has generally been pretty well-received (aside from Piers Morgan pretending to puke a Gregg’s vegan sausage roll into a waste paper basket live on morning TV, which is, peversely, something of an endorsement), but Wagamama’s vegan “tuna” hasn’t fared quite so well. Crafted from dehydrated, seared and sliced  watermelon, the texture is in the same ball-park as tuna, but the flavour is resolutely melon, and not in a good way. And it costs £12.95, which is… not cheap.

One of the very first ‘bleeding’ burgers to reach the market, Moving Mountains made headlines with its plant-based alternative to beef patties. Unlike the sad, bean-based veggie burgers before it, the B12 burger was marketed to meat-eaters looking to cut down on their beefy intake, rather than to the already crowded vegetarian market. The result was a burger that – alongside rivals Beyond and Impossible – kickstarted a vegan revolution. Its new sausage burger is now available to buy from Sainsbury’s stores.

The burger equivalent of an own goal, Burger King’s Rebel Whopper snatches meaty defeat from the jaws of vegan victory by cooking its plant-based patty in beef juices and adding egg mayonnaise. Whether it’s down to the delicious taste of residual meat-grease or something eIse entirely, it tastes remarkably similar to a regular Whopper. If you occupy the subset of people who want to dial back the amount of cow they’re ingesting while steadfastly refusing to reduce their patronage of Burger King, fill your boots.

It’s not only fast and casual dining outlets with plant-based burgers on the brain. Celebrity chef Neil Rankin, a man almost inextricably associated with meat, spent months devising a perfect vegan burger that would be the equal to its meat-based equivalent. It’s made using pickled and fermented vegetables and is available from Simplicity Burger on Brick Lane.

The plant-based cover version of Subway’s meatball melt is almost convincing enough to make you wonder if your sandwich artist had mixed up your order, though the addition of tasteless, alien cheese gives the game away. The chunky, meatless orbs drenched in a sweet marinara sauce really can’t be faulted however, easily measuring up to whatever grade of minced beef Subway uses in its regular sandwiches.

Costa Coffee, has produced a vegan alternative to its ham and cheese toastie as part of its limited edition January vegan menu. It is, to Costa’s unending credit, exactly as plain and boring as the version made from pigs.

Honest Burger expands its plant-based offering with this limited edition fakey bacon burger, which comprises a Beyond Meat patty topped with a soy-and-pea protein mixture pounded into something resembling bacon strips in both taste and texture. This towering masterpiece is completed with vegan smoked gouda, ketchup, chipotle mayo and shoestring fries. This is a glorious burger, a shining example of the advances vegan science has made in recent years.

Top vegan scientists are yet to recreate decent plant-based chicken, but KFC’s vegan burger – a Quorn fillet seasoned in the unmistakeable flavours of Sanders’ own spice rack – is testament to just how much heavy lifting those 11 herbs and spices do. Bite into it with a positive outlook and an open mind, and you could mistake it for a wonky Zinger.

Famous for her vegan junk food, Gizzi Erskine’s F!lth Burger is now available from a brand new pop-up restaurant a couple of doors down from world-renowned Lyle’s. The burger is made from black bean, black lentil, and soy patty, while the distinctive pink bun is coloured with beetroot and sprinkled with black sesame. It’s designed to taste like a regular cheese burger of the deliciously sloppy, Meat Liquor variety.

Scottish pub chain Brewdog has teamed up with fakey fried chicken shop turned vegan junk food mecca Temple of Seitan to bring its legendary seitan wings to bars up and down the country. They come doused in Brewdog’s in-house hot sauce. Head to Brewdog Dalston, where the burger menu is supplied by Biff’s Jack Shack, for even more vegan filth.