The Honda e concept dream is now an electric reality 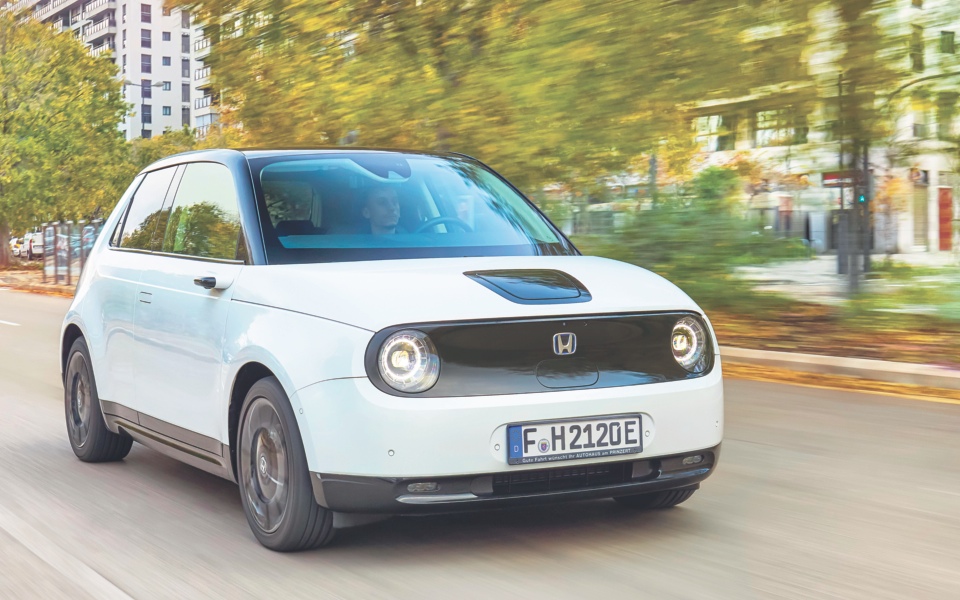 The Honda e electric car is a dream come true for enthusiasts. “Just build it!” they said, after seeing the original 2017 concept car at the Frankfurt Motor Show.

Three years later, here it is, a ray of sunshine despite the best efforts of Storm Gloria in Valencia. “We’ve not seen anything like it in 30 years,” I was told by a weather-worn local. That’s climate change for you: here’s Honda’s answer.

Honda wants you to stand out while driving the e. The ‘free’ body colour is near-fluorescent yellow. You can pay more to have bright white, vivid blue, a couple of other hues – and although my car was sober grey, it still created waves of attention as big as the literal waves flooding the city streets.

Read More: The Lighthouse film review: Robert Pattinson and Willem Dafoe shine in this tale of madness at sea

That’s because, unlike some concepts, it’s moved from show stage to production with surprisingly few compromises. Yes, it has rear doors, and the wheels aren’t a third of the height of the car anymore. But it is still impossibly pure for a car they’ll be building by the thousands.

It also doesn’t have door mirrors. Leaving them off is a common trick of concept car designers, because door mirrors are ugly. They’ve been left on the shelf here because the Honda has rear-view cameras instead. This improves visibility behind the wheel, too. No more failing to spot those impatient pedestrians who can’t wait for the green man: just look at the live video screens either side of the dashboard.

That’s if you can take your eyes away from all the other screens. Three HD displays stretch the full width of the cabin. The one ahead of the driver is detail-packed, but it’s the other two that include all the goodies. There’s a virtual aquarium and seamless smartphone pairing, plus an HDMI input that plays Google Chromecast and video games from the Super Nintendo Classic Mini that Honda brought along. Stranger Things or Mario Kart while you wait for it to recharge?

Find a rapid charger and this process takes 30 minutes from flat to 80 percent. For use in the city, the 137-mile range will be fine, but perhaps not if you stray further afield. Honda insists the 35.5 kWh battery is the right size: any bigger and this wouldn’t have been a tiny, sub-four-metre car anymore. Nor would it have a four-adult-sized interior. Just make sure they don’t have any bags, as the boot is microscopic.

It’s not an anodyne, high-tech overload inside. The lounge-like upholstery and carpet mats would do a designer furniture shop proud. The grained (faux but convincing) wood on the dashboard is lovely, and the brown seatbelts look neat. Those in the back even get LED downlighters.

On the move, it’s silent, particularly so as speeds rise, in contrast to many small cars. The e scoots across gnarled city roads with firm assurance – the suspension is the same spec as bigger, pricier cars – and cornering feels zippy, planted and lean-free.

It’s a fast little thing, too. And because it’s rear-wheel drive, it has great traction away from the line. You’ll surprise the supercars of London at the traffic lights and then wow black cabs with its absurdly small turning circle – little more than the length of the car itself. U-turn whenever you want.

The Honda e is a premium electric car with a premium price tag (£28,660 including the £3,500 government Plug-in Car Grant for the tested Advance version). But it has dozens of features as standard to justify that, and it’s genuinely unlike anything else out there. In turning a futuristic concept into reality, it’s now Honda that makes the world’s best luxury electric city car.