Andrew Rymer
I am an investment writer at Schroders. 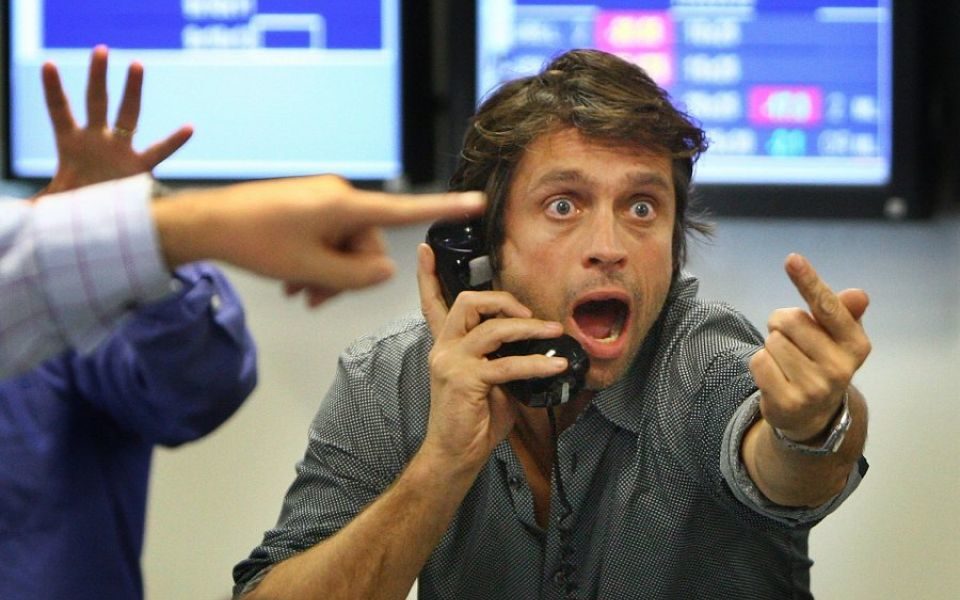 As many northern hemisphere investors get their feet back under their desks after the summer break, we look at the key events and themes likely to be on the agenda for September and the fourth quarter of 2018.

The US and China held fresh, and largely fruitless, trade talks in August. The economics team at Schroders believes that the dispute is likely to be prolonged, and persist beyond the US midterm elections in November.

The US implemented tariffs on $50 billion of Chinese imports in two stages in July and August, and China responded with duties of equal measure.

The US Trade Representative, whose role includes managing US trade relations and negotiating with other countries, recently concluded its hearings on a proposed $200 billion of Chinese goods on which it could apply 25% tariffs. This paves the way for further tit-for-tat tariffs, with Beijing having announced a list of $60 billion in US goods that it would target in retaliation.

There is a limit in the extent to which China could implement reciprocal or retaliatory tariffs, however. This is because China imports less from the US than vice versa. One alternative strategy for Beijing could be to implement non-tariff barriers for US companies which operate in the country. This is an approach which it has previously used against Korean and Japanese companies.

The UK government published in July its long-awaited white paper, outlining plans for exiting the European Union (EU). Since then it has started to outline the measures that it is taking to prepare for the possibility of a “no deal” Brexit. The House of Commons returned from its summer recess on 4 September and soon the political party conference season gets underway, running from 15 September to 3 October.

EU leaders meanwhile are scheduled to meet to discuss Brexit on 20 September. The formal EU summit on 17/18 October is seen as the deadline for a withdrawal agreement. This is to allow sufficient time for both the UK and European parliaments to approve it. Should a deal not be reached in October, the EU has indicated that November is the latest month in which a deal could be agreed. However, another EU summit is timetabled for 13/14 December which on paper would appear to be the final chance for a deal to be agreed. Much uncertainty therefore remains over the timing and nature of any final agreement, or indeed whether an agreement will be reached at all.

Alex Breese, a UK equities fund manager at Schroders, said: “Despite the uncertainties created by Brexit, quantitative tightening and fears of a trade war, at the sector and stock level we continue to identify pockets of value within the UK market. We continue to focus on these lowly-valued areas in the market where we feel there is potential for positive change in the years ahead.”

The US Federal Reserve’s (Fed) interest rate setting committee, known as the Federal Open Market Committee, is scheduled to convene on 25/26 September, 31 October, 7/8 November and 18/19 December. Current expectations are for a 25 basis points (i.e. 0.25%) increase in policy rates at each of its September and December meetings. However, the focus is shifting to 2019 and at what level the Fed decides to pause.

Beyond the two additional rate rises expected this year, Schroders’ economics team anticipates that the Fed will increase US interest rates on two more occasions in the first half of 2019, peaking at a level of 3%. This is because it believes the effects of previous interest rate rises are lagged and, combined with a fading of President Trump’s increased spending measures, may slow the economy.

Keith Wade, chief economist and strategist at Schroders, said: “The Fed is already indicating that it is thinking about how much further interest rates need to rise. Once the peak is in sight markets could shift significantly as the period of dollar strength will draw to a close.

“In this respect it is possible that the Fed will have finished raising rates before the European Central Bank and Bank of Japan have even started.”

Prime Minister Abe has recently confirmed that he will stand in his Liberal Democratic Party’s leadership election in September. Should Mr Abe be re-elected leader, it would be his third straight term, making him Japan’s longest serving prime minister. He is expected to comfortably defeat his only challenger, former defence minister Shigeru Ishiba.

Andrew Rose, a Japanese equities fund manager at Schroders, said: “After weathering financial scandals earlier this year, Prime Minister Abe now seems to have a reasonably clear path to the LDP leadership election. With a renewed period of policy stability likely after the election, attention will soon focus on the next increase in the consumption tax, scheduled for October 2019. The final decision is likely to be taken around the end of 2018, allowing time for the necessary system updates.

“Despite short-term variations, Japan’s economy still appears to be heading out of a deflationary environment. Wages are showing some signs of responding to the tightness of the labour market and there have been marginal increases in inflation expectations. Although the most recent quarterly results season was good rather than spectacular, the prospect remains for a better revisions cycle in the second half of the fiscal year.”

Italy’s new government is expected to put forward its budget proposals in the coming months. A small stimulus appears to be the most likely outcome. Should bolder spending plans be included, this would likely trigger a dispute with the EU. This is because its budgetary policy requires member states to avoid excessive government deficits, defined as a deficit in excess of 3%. This is a situation where total government expenditure exceeds total receipts, excluding borrowing.

It has been a busy few years in Brazilian politics, following the impeachment of second term president Dilma Rousseff in 2016. Former vice-president Michel Temer took the reins but despite some initial success in driving through reforms, these have stalled amid allegations of corruption. President Temer’s approval ratings are in the single digits and he will not run for the office.

The latest opinion polls reflect much uncertainty, in part due to the fact that the most popular candidate, former president Luiz Inácio Lula da Silva of the Workers’ Party, is prohibited from standing due to his imprisonment for fraud and corruption. Despite being registered as a candidate, he has recently been barred from running by the country’s highest electoral court. Opinion polls without Lula, as he is widely known, show a lead for right-wing candidate Jair Bolsonaro. The highest-polling market-friendly candidate is Geraldo Alckmin of the Brazilian Social Democracy Party. He lags by some margin in the latest surveys, but is expected to benefit from a higher allotment of TV and radio time as the campaigns get underway.

A two round system is used to elect a president, unless a single candidate receives more than 50% share of the vote in the first round. A second round would take place on 28 October.

Following President Trump’s decision to withdraw the US from the 2015 Joint Co-operative Plan of Action (JCPOA) back in May, the US is re-imposing sanctions on Iran in two stages. The first round took effect on 6 August and included measures which prohibit the purchase or acquisition of US dollar banknotes by Iran’s government, as well as trading in commodities such as gold, steel and coal.

The sanctions that the US plans to impose from 4 November include the prohibition of petroleum-related transactions with the National Oil Company among others. Sanctions will also be re-imposed on the port operation and the shipping sector. These measures apply to associated services and businesses engaging with related industries. While many other factors remain uncertain, not least wider geopolitical developments, the impact of these measures would suggest some support to crude oil prices.

In November, voters across the US get their first opportunity to show their opinion on President Trump’s administration since his election in 2016. Midterm elections see all of the 435 House of Representatives seats and 34 of the 100 Senate seats come up for election. The president’s Republican Party currently hold a majority in both houses of government but these elections have historically been negative for the ruling president’s party. Nonetheless, the task ahead for the Democrats is not easy, especially in the Senate.

In the House of Representatives, the Democrats would need to gain 24 seats to gain control. In the Senate however, 26 of the 34 seats up for election are currently held by the Democratic Party, suggesting that it may be easier for the Republican Party to maintain control.

The European Central Bank’s rate setting committee, the Governing Council, is scheduled to meet on 13 September, 25 October and 13 December. It has previously announced plans to wind down its quantitative easing programme by the end of December. It has also provided guidance for interest rates to remain on hold until the third quarter of 2019, unless there is a major change in economic conditions.

Japan’s central bank will hold interest rate policy meetings on 18/19 September, 30/31 October and 19/20 December. Owing to lower-than-expected inflation, it recently made small tweaks to its policy, contrary to previous speculation that it could effectively tighten policy (i.e. remove some of its stimulus measures). It also stated that the current low rate policy would be maintained for “an extended period of time”, meaning no change to policy is currently expected in the next few months.