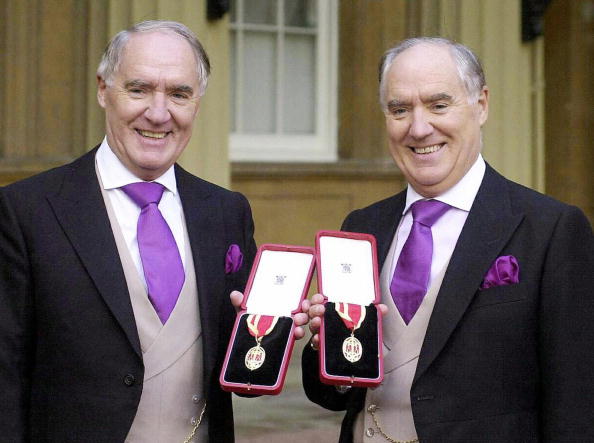 Suitors will be starting to line up bids for the Telegraph this week as the billionaire Barclay brothers prepare to sell the newspaper group.

A group of former senior managers at the Telegraph are among City figures circling, and are looking for backers to bid for the media group, the Sunday Times reported.

Sir Frederick and Sir David Barclay, who bought the Telegraph and Sunday Telegraph titles for £665m in 2004, are said to be eyeing a sale as part of a wider break-up of their empire.

Their sons Aidan and Howard, who oversee the day-to-day running of the business, are already seeking buyers for the iconic Ritz hotel, and are considering offloading a minority stake in online retailer Shop Direct, according to the Times.

It comes a week after the Telegraph revealed its pre-tax profit plummeted 94 per cent last year to just £900,000.

The company has been battling to boost its digital subscriptions to offset a sharp decline in revenue from print circulation and advertising.

The media group is approaching the halfway point in a three-year turnaround, which chief executive Nick Hugh has said will create a sustainable model for the business.

However, the sale is expected to solidify a huge decline in value for the Telegraph since the Barclay takeover 15 years ago, with analysts at Liberum suggesting a potential price tag of between £200m and £300m.

Daily Mail and General Trust has been mooted as a potential suitor, while Alexander Lebedev, owner of the Evening Standard and The Independent, could also be considering a bid.

Tory peer Lord Ashcroft, Amazon tycoon Jeff Bezos and Syrian-Saudi financier Wafic Said are also said to have been linked to a potential sale in the past.