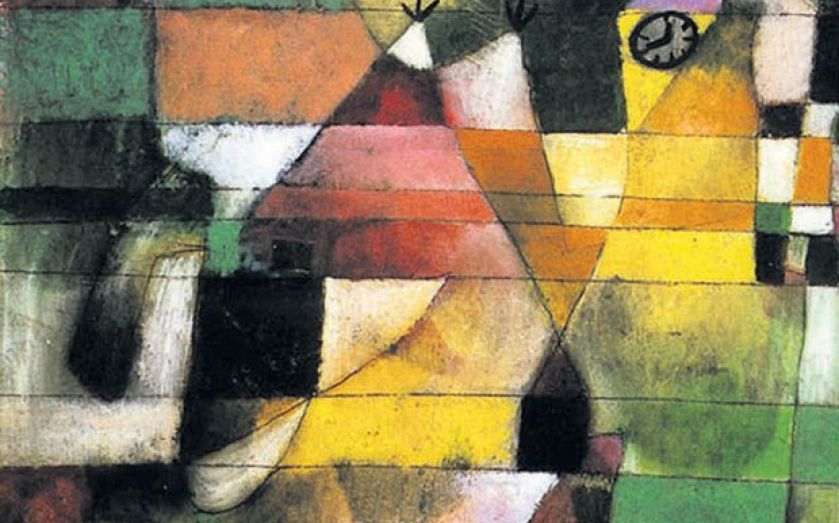 TATE Modern’s newest exhibition opened this week with a bold claim: that the German-Swiss painter Paul Klee was one of the most important artists of the 20th century. Convincing arguments can be made in that direction, but unfortunately in this instance, Klee’s art gets lost somewhere along the way.

Born in 1879 Klee’s career developed through some of the most exciting advances in modern art. His greatness can be historically linked to the artistic movements in which he moved. Early on, Klee was associated with German expressionism. But, unlike August Macke and Franz Marc, Klee survived the First World War and later taught at the Bauhaus.

This being said, Klee likes to flit between styles and there is a uniqueness to his work that makes him difficult to place in any one movement. Starting with his earliest works he conjures images between abstraction and representation in the vein of cubist predecessors.

At other times his cryptic allegories border on the free impulses of surrealism. His influence on tastes and standards for “naive” outsider art cannot be denied. But above all, it is his ability to realise his inner vision with emotional vividness that makes him great. Nevertheless, the Tate thinks a fixation on historical context is necessary to justify this greatness.

Upon entering we are bombarded with a room of texts, dates and quotes – a timeline that maps Klee’s life in tandem with political history. The majority of early works, which unfortunately dominate the show, are small and intimate – they get lost in Tate Modern’s cavernous rooms.

A solution seems to be to cram in as many works as possible, but this results in brilliant paintings being lost among ones that are merely good.

His best paintings, when you do find them, are mesmerising. Klee’s idiosyncratic “gradation” pieces achieve a sense of rhythm with a strange combination of depth and delicacy. A particularly strong body of work emerges around 1926 where fantastically intricate drawings of mountain views are shrouded in bright sprays of paint. Klee’s genius lies in his ability to create these miniature tableaux, and to draw the viewer into an imaginative world. Accompanying texts, however, too readily associate periods of creativity with market booms and Germany’s tense 20th century history.

The diversity of Klee’s work means there will be at least one piece that everyone loves – but the Tate shouldn’t try so hard to sell it to us all at once.