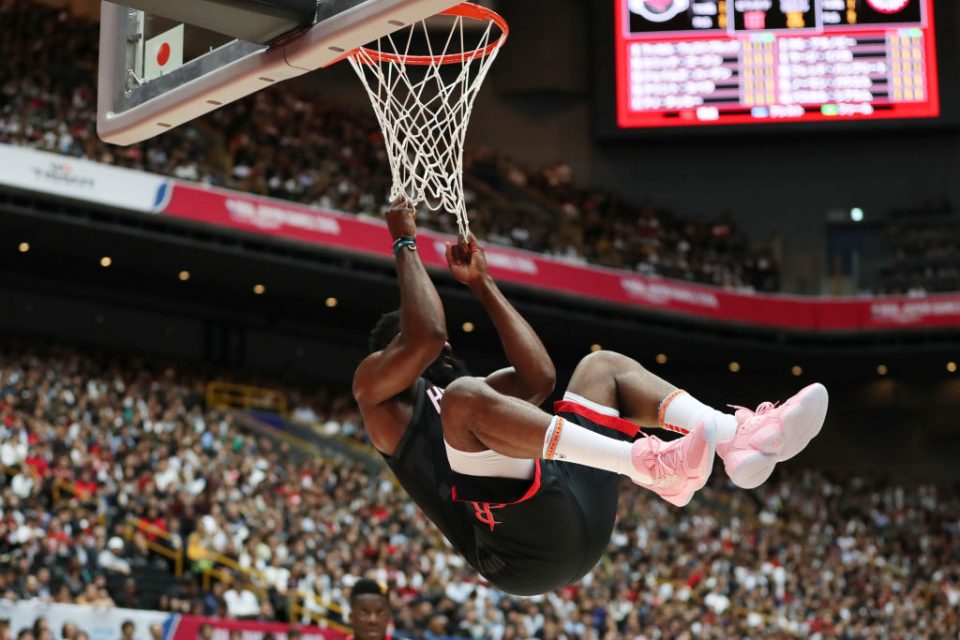 DOWNING Street is busy trying to get FTSE chiefs to sign a letter in support of the government’s Brexit position, whatever it may be.

Enthusiasm is apparently in short supply, and who can blame business leaders for steering clear of this polarising topic? In this day and age, publicly backing Boris Johnson will trigger a Twitter campaign to boycott your company and a protest outside your office.

Some issues are less divisive, or at least felt to be so, and corporate leaders are more comfortable weighing in. Take, for example, the issue of gender-neutral toilets, about which America’s National Basketball Association (NBA) felt so strongly in 2017 that it refused to take its annual festival to North Carolina, where the state legislature has been less than supportive of the trans-rights movement.

“I think you really do have to stand for something,” said the NBA’s commissioner, Adam Silver. Hear, hear.

Last week, one of basketball’s biggest names (Daryl Morey, manager of the Houston Rockets) tweeted: “Fight for freedom, stand with Hong Kong.” Hardly an incendiary statement, but US basketball is big in China — and big business.

China reacted to Morey’s tweet by dropping NBA games from TV and tearing up lucrative marketing deals. The NBA, whose boss was so keen on “standing for something” two years ago, fell to its knees and begged China’s forgiveness for Morey’s “deeply offensive” tweet.

Laying down the law

The City of London Corporation last night passed a motion expressing the City’s “full and unequivocal support” for the judiciary and deep concern “at repeated attacks on the independent judiciary by figures in the media and public life”.

Interestingly, the motion did not pass unanimously which means not everyone at the Guildhall has fallen into line behind the judges.

Nobody should be surprised to learn that if a residential development is attractive, local support for it increases. High-density and high-rise schemes are common in the capital but outside London, where the need for new housing is no less pressing, planners and developers should think much more creatively.

The campaign group Create Streets has been a powerful advocate for the old-fashioned idea that housing designed with people in mind, featuring streets, squares, trees and actual front doors should be the norm and not an architectural luxury.

A new social housing scheme in Norwich that fits all of that criteria has just won the prestigious RIBA Stirling Prize for Best New Building. Goldsmith Street has been praised as a “modest masterpiece” – featuring as it does rows of two-story houses with gardens, community spaces and remarkable levels of energy efficiency.

It should set the standard for housing developments across the UK.

Earlier this week I chaired a panel at Schroders which discussed “connected cities in a disconnected world.” The premise of the event, which had been arranged by the Financial Services livery company, was that while all the tools of global business are focused on collaboration, politics and international relations are going in the opposite direction.

This could have led to a rather gloomy conversation but in fact it was uplifting as we discussed innovation, progress and the power of markets and trade to break down barriers, over time, even as politicians seek to erect them.

In the spirit of this optimism I’ll share with you a delightful Twitter thread that I came across on my way back from the event, in which someone had asked “what’s something the UK is actually quite good at, in an understated way?”