Tailors cut from a different cloth: Is the cost of a tailored Saville Row suit worth it? 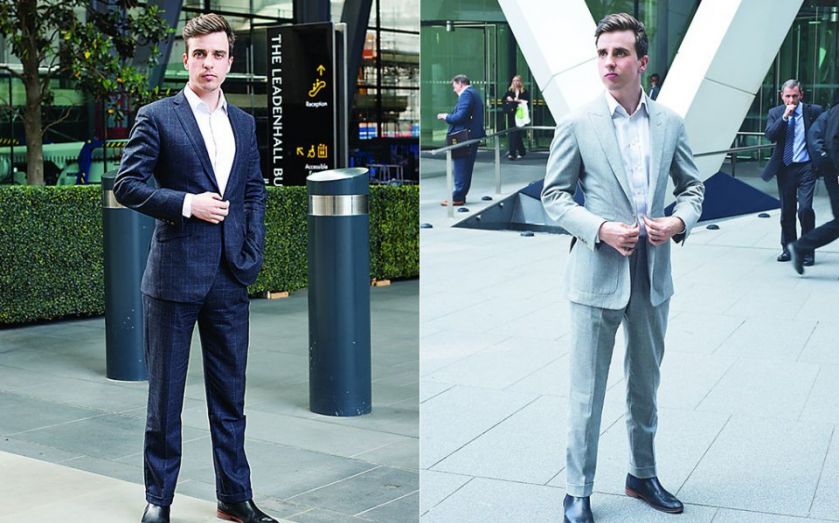 Should you splash out on a bespoke Savile Row suit or opt for a more affordable travelling tailor? We take a look at the options, with one from Edit Suits which is less than £600 and a fully bespoke offering from Hardy Amies at £4,000 and above.
The pitch: Edit Suits will send one of its outfitters to your office or home in what they say is the most convenient, hassle-free tailoring experience in the city.
Who they are: A Singapore-based company aiming to bring the convenience of Eastern-style tailoring to the UK.
The process: Co-founder Reto Peter took my measurements in the City A.M. board room, which led to the unsavory possibility of my editor walking in to find me with my trousers down, but it saved the hour-long round-trip to Savile Row. Peter returned two weeks later for a second fitting, and again a week later. The finished made-to-measure (modified from an existing pattern) suit arrived by courier one month after the first appointment.
The suit: I opted for a one-button jacket that can be worn with jeans at weekends but is still smart enough to meet with clients and interviewees. I asked for a tweak to the jean-pocket style, which they made perfectly. One burst seam aside – they repaired it within 24 hours – this is a great all-round suit; they cut the sleeves to fit my skinny arms better than even the Savile Row tailors (opposite).
The cost: Suits start from £389. The one pictured used more expensive material and would set you back £599.
The verdict: A great service: quick, friendly and producing suits of exceptional quality for this price. I’ve used several internet-based suit-makers in the past and this is far and away the best. They also keep your measurements on file so you can order online next time you fancy a new suit.
Go to editsuits.com for more information and to make an appointment
The pitch: Savile Row: the home of the suit, envy of the world. If you’ve got cash and want quality, this is where you come.
Who they are: Hardy Amies is a relative newcomer to the Row, arriving in the 1940s – since then it’s established itself as not just a tailor but a designer of some very cool ready-to-wear collections.
The process: Go to its Savile Row store, sit in a comfortable armchair and discuss your new creation. The full bespoke service involves creating an entirely new “pattern” from your specific measurements, rather than tweaking an existing pattern to fit you. During the “baste” fitting, you wear the half-constructed suit, which the tailor marks with chalk. The whole process, from initial measurements to finished product takes 8-10 weeks, depending how many tweaks are required at the end. The garment never leaves the Savile Row store.
The suit: I only had a vague idea of what I wanted before I arrived: something that would stand out from my row of navy and charcoal suits, but that’s modest enough to wear to work. I opted for an unconstructed jacket in a very fine, pale-grey flannel. Details that make it stand out include patch pockets and peaked lapel. I also got it semi-lined, which makes it more breathable if you’re wearing it in the summer.
The cost: Not cheap: the fully bespoke service – as pictured – costs from £4,000.
The verdict: A very beautiful suit that follows the curve of the body like nothing else you own. But there’s more to it than that: knowing the craftsmanship that’s gone into it is like owning a mechanical watch and getting pleasure from the invisible mechanism whirring beneath the dial.
Go to hardyamies.com for more information and to make an appointment
Share:
Tags: NULL