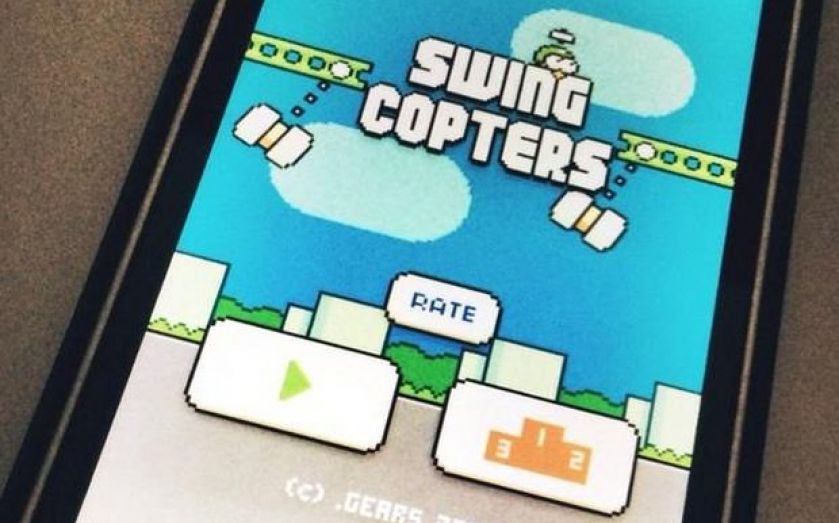 The must have game Swing Copters, otherwise known as the new Flappy Birds, has already entered the app store charts in the top 20 games just seven hours after the highly anticipated game was released to eager fans.

Swing Copters hit number 18 in the app store in the UK by midday today, but elsewhere in Europe the game is doing even better.

It hit the top 10 in Netherlands, Russia, Spain and Germany according to analytics firm App Annie.

Swing Copters has a lot to live up to as a replacement for the insanely popular Flappy Birds, which became the top app in 126 countries before creator Dong Nguyen decided to remove it from the app store- though it did give many fans their lives back.

App Annie said in the same vane as its predecessor, Swing Copters has already inspired some imitators hoping to capitalise on the buzz.

Here’s how the app’s doing so far on its first day of launch as of midday. Since then the game has climbed from 45 in the UK chart to number 18.

Update: This story was updated to reflect the change in UK ranking from 45 to 18 between midday and 6pm.