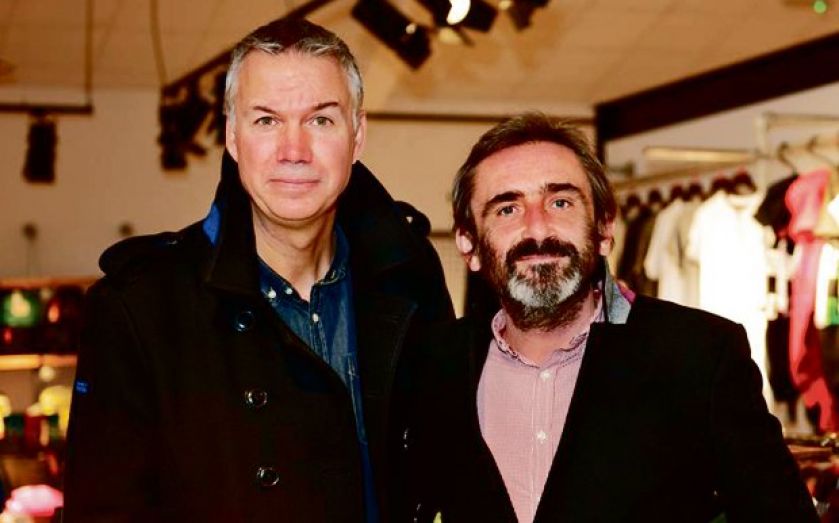 As if to prove his unswerving loyalty to the cult brand, the soft-spoken 6ft 6in Scotsman is dressed head-to-toe in Superdry clothing, including a navy blue pea coat, which he enthuses is “absolutely fantastic”.

The former Co-operative chief executive has spent the past seven months at home in Guilford “reacquainting” himself with the family he saw little of during a torrid 10 months at the top of the food retailer-to-funeral home mutual that he notoriously described as “ungovernable”.

Now he says is “raring to go” and relishing the chance to return to a public company structure – this time swapping the orange aprons sported at his former employer, B&Q-owner Kingfisher, for Superdry’s signature check shirts.

Is it a relief to put his dark Co-op days behind him? Sutherland chooses his words care­fully: “It wasn’t what I signed up to, quite clearly, as I had to expose what had gone on before.

“But I am very proud to have been involved with the Co-op and to have saved the Co-op bank, the group, and that it is still around. It is a very important British institution and I wish them well. I am very pleased that the governance changes have gone through to save safeguard that future.”

Sutherland, who already serves as a non-executive director, will oversee SuperGroup’s overseas expansion, taking over from its founder Julian Dunkerton, who will move to the new role of product and brand director with immediate effect.

The retailer, which was founded by Dunkerton from a market stall in Cheltenham in 1985, is now sold in 100 countries, with 140 standalone stores in the UK and Europe. It also has 210 global franchises and licensed stores and a recently revamped website.

But Sutherland says there is a lot more to do: “There are a huge number of opportunities if you look globally at all the geographies we could go into, and if you look at the development, allowing Julian and James [Holder, SuperGroup’s co-founder and brand director] to develop new products.

“We have got a fast-growing business in Europe with a lot of investment going into Germany right now, but there are other European countries we are bringing on line. Then clearly we are looking to grow the business even further east and even further west into Asia and the US. These are huge steps for the business,” he said.

Dunkerton’s decision to step back and hand over the day-to-day running of the business to Sutherland is another imp­ortant phase in the evolution of the business, which has endured a rocky few years since floating on the London Stock Exchange in 2010.

After an impressive start to life as a public company, its shares were clobbered by string of profit warnings caused by IT glitches at its warehouses.

Dunkerton overhauled the management team, bringing in former John Lewis director Susanne Given as chief operating officer in 2012. This allowed him to focus on what he does best – improving Superdry’s ranges.

Was it hard for him to hand over the running of the company? “It is much easier than you would imagine… In Euan I very much feel like I have found a business partner to work with James and myself and it allows me to focus on where I need to focus and that is on product,” Dunkerton said.

Before his ill-fated move to the Co-op, Sutherland was the highly regarded chief operating officer of DIY group Kingfisher and was seen as the heir apparent to its long-standing boss Sir Ian Cheshire. But Sutherland does not regret the move.

“I wasn’t that interested in going back to Kingfisher. This is a global growth opportunity, with a great bunch of people, a top management team and some fantastic product. I couldn’t have asked for a better combination.”

Let’s hope he wears his new role as well as his Superdry navy blue pea coat.