The super-rich paying a £50,000 deposit to RENT in London 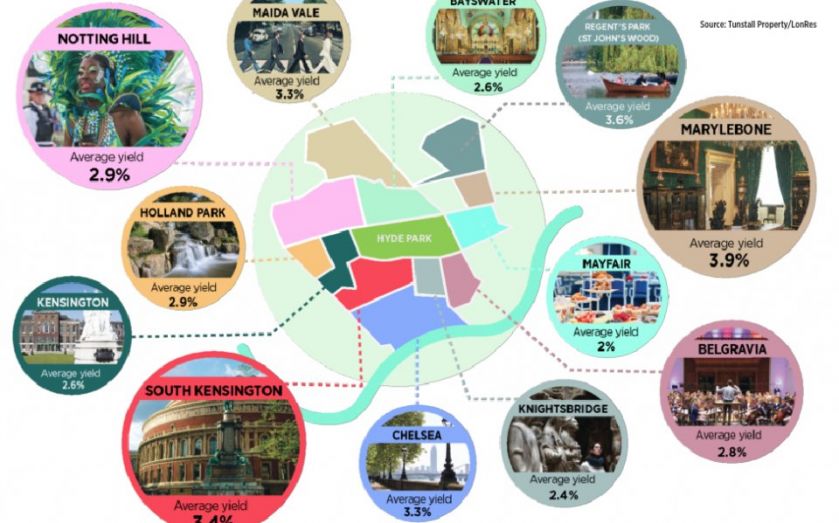 With rising house prices placing home ownership out of reach for many and overseas investment rife, London’s lettings market is booming. But the commonly-painted picture of young professionals struggling to pay for their grotty house share in Dalston only tells one side of this increasingly complex story. For competition isn’t only fierce at the affordable end of the market, it’s also pushing up rents at the very top. There has been a marked demographic shift in recent years that could affect a more permanent change. Between 2007 and 2013, the number of overseas students studying in the UK has grown by 30 per cent, with a tranche of wealthy students arriving recently from China and Russia, and they all want to live in London’s most prestigious postcodes. So who are these cash rich, fly-by-night tenants? Tom Smith, who is heading up a new Super Prime Lettings team for Knight Frank in addition to handling requests for lets over £10,000 per week, says that, over the past five years, his tenants are “moving away from the corporate in favour of the International High Net Worth Individual.” Zoe Rose, head of London lettings at Strutt & Parker, has also noticed this influx, only she’s come up with a much snappier name for them. “We describe this tribe as Glomads,” says Rose, “global nomads who tend to rent in different places across the world for long periods of time, travelling for work and living a sociable, exciting lifestyle. Renting is the norm in European cities like Paris, Madrid and Milan – and 75 per cent of our high end tenants in Prime Central London are international. This is driving standards up considerably.” Johnny Morris, head of research at Hamptons International, has been looking into a recent phenomenon where tenants – many of them overseas students – offer six months or more rent upfront to secure properties in London’s most affluent areas. Only around five per cent of tenants currently do this in the UK – with the norm sitting around the four to six weeks mark – but this number shoots up to 11.5 per cent of tenants in Kensington, Chelsea and Westminster, where tenants are putting down an average deposit of £51,000 to rent a home – the average household deposit for first-time buyers in London. “Paying rent upfront is a way of making themselves more attractive to potential landlords, enabling them to secure the home they want,” says Morris. London agent Strutt & Parker says it saw a huge increase of 26 per cent in rental market registrations in PCL – generally considered to be Zone One – in the first quarter of 2015, compared to the same period in 2014. Meanwhile, Knight Frank has been so inundated with requests for luxury properties to rent – the agent reports a 182 per cent increase in applicant registrations for lets upwards of £5,000 per week this quarter – and it’s had to set up a new Super Prime Lettings Team to deal with the extra business. Agents says this is down to a number of factors. Elizabeth Harris, managing director at EJ Harris, says it’s partly a temporary side-effect of a rocketing post-election sales market. “The outcome of the general election and the rapid recovery and strengthening of the London economy is fuelling the capital’s lettings market. We’re seeing a significant increase of instructions in PCL and a rise in corporate relocations, as well as interest from families looking for long-term lets starting in September [the start of the school term].” In this special summer edition of Hot Property, we team up with South Kensington-based agent Tunstall Property to exclusively reveal the top five most expensive rental hotspots in London, using the latest figures from data source LonRes to determine who is renting where and why.

Back in the 80s, the ultimate hipster destination was the King’s Road. While this dubious honour has taken several steps to the east, Chelsea retains a distinctive air of cool self-assurance. With a vast array of designer retailers, boutiques and neighbourhood restaurants, it’s easy to see how the area has remained popular with the wealthy and royalty alike.  With its mixture of small cottages and large homes with even larger gardens, it’s just as desirable for British and American families as it is with European professionals (particularly the French) and more recently the Russians.  Those looking to rent in a fashionable part of town should look around Carlyle Square, Swan Walk and Tregunter Road, but families looking for good quality, spacious long lets near good schools tend to gravitate towards The Boltons.

What South Kensington doesn’t have in terms of smart shops it makes up for in spades with arts and culture. With the Natural History Museum, the Science Museum and the V&A nearby, it’s a thriving place to be. European families in particular are drawn to renting close to one of its top schools or in one of the large, elegant apartments overlooking Hyde Park. Green space is in abundance in this relatively small part of town, as it’s home to some of London’s most historic and tranquil garden squares. Severely sought-after, the white stucco-fronted terraced houses around Thurloe Square, Onslow Square and Pelham Crescent are the picture of elegant English living. For the international students with considerable parental cash to splash, Imperial College, Pepperdine Law School, the Royal College of Art and Richmond University all have campuses in the area.

Truly the home of the global elite, Knightsbridge has always been home to an international crowd. It certainly isn’t one for wallflowers, as it’s resplendent with opulent designer stores and jewellers, not to mention Harrods and Harvey Nichols. Recent new build developments have followed suit, accommodating Rolex stores and Porsche showrooms next to residences. Apartments at One Hyde Park remain the most expensive ever sold in London. Joining those is 199 Knightsbridge and the Bulgari residences, all tributes to unabashed luxury. However, Knightsbridge does have pockets of more discreet period architecture around areas like Cadogan Square and Lennox Gardens, which all have distinctive red-brick facades overlooking private greenery. The white stucco-fronted houses of Egerton Terrace and Egerton Crescent are also low-key affairs that fetch high prices.

Ding ding! Everyone off, we’ve arrived at oligarch town centre. Known for centuries as one of London’s most exclusive addresses, Belgravia also happens to be almost exclusively residential. It’s had a slight shake up in recent years, with roads like Elizabeth Street and Motcomb Street sprouting independent boutiques and even the odd food market. Famous former residents include a couple of ex-Prime Ministers – including Lady Thatcher herself – Roman Abramovich, Mick Jagger and Dubai’s al-Maktoum family. So what draws all these important sorts and international delegates to Belgravia and why can it command such enormous rents? Firstly, it’s residential but very central. Secondly, there’s a great range of scale from minute and charming mews homes in cobbled cul-de-sacs to mid-sized terraces to the grand mansions and grandeur of Belgrave Square, Eaton Square and Chester Square. Chesham Place, which sits just off of Belgrave Square, is also a coveted address and it’s the most lucrative lettings address to date, with one house commanding an impressive £40,000 per week, according to LonRes’s figures.

It says something about the enduring international renown Mayfair has achieved that the most expensive location on the Monopoly board – a game that was devised over 80 years ago – still holds such a grip on the property market in London. It may not have the highest average rent (that honour goes to Knightsbridge) but it has got the highest rent for a single property on Brick Street for £50,000 per week, which puts it at number one on our Super Prime Lettings list. With its unparalleled collection of Michelin-starred restaurants, high end retail, five star hotels and commercial office space, it’s as much a business location as it is a residential one. Now, Grosvenor Estate, the area’s biggest landowner, is converting buildings back to residential use. The smartest Mayfair addresses currently in use are Mount Street, Charles Street and Grosvenor Square.
Share
Tags: London house prices Property Archive UK house prices