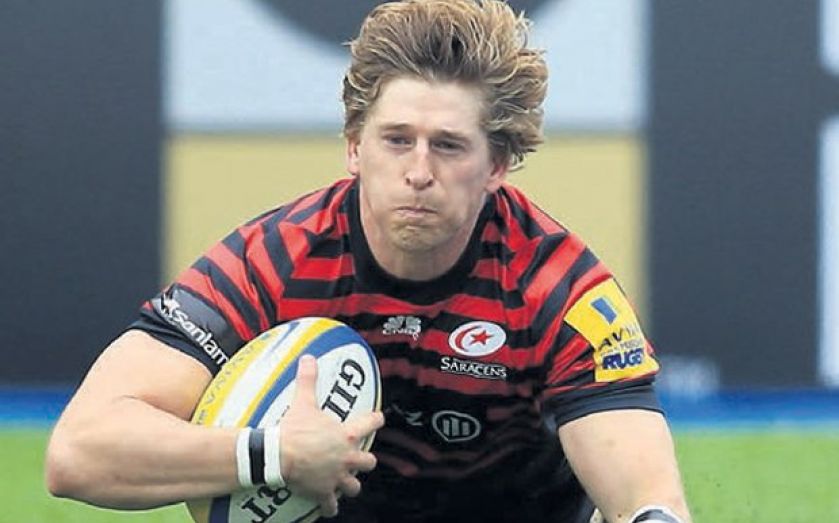 SARACENS director of rugby Mark McCall believes a first half full of effective decision making paved the way for a 31-17 victory over Bath as his side maintained their 100 per cent record in Aviva Premiership Rugby.

The Allianz Park outfit had wrapped up the try bonus point in the first 40 minutes thanks to two touchdowns from David Strettle and further scores from Alex Goode and Matt Stevens.

And McCall believes the dominant first-half display, which yielded 31 points, has left everyone extremely pleased with the performance.

“The way we carried the ball and the speed of the ball we got allowed us to attack and it was a really good first-half performance.

London Irish threw away an 11-point lead in the final 15 minutes to lose 23-29 against Exeter Chiefs on Saturday.

Tries from Nic Rouse and Marland Yarde had the hosts cruising with a 23-12 lead but late Dean Mumm and Ben White converted tries snatched victory for the Chiefs. Harlequins bounced back from defeat last time out with a dominant 37-13 defeat of Worcester Warriors on Friday night, while Wasps lost 26-22 to Sale Sharks.

Every match in the Aviva Premiership Rugby Season is crucial, to be there to support your team buy your ticket from premiershiprugby.com/tickets