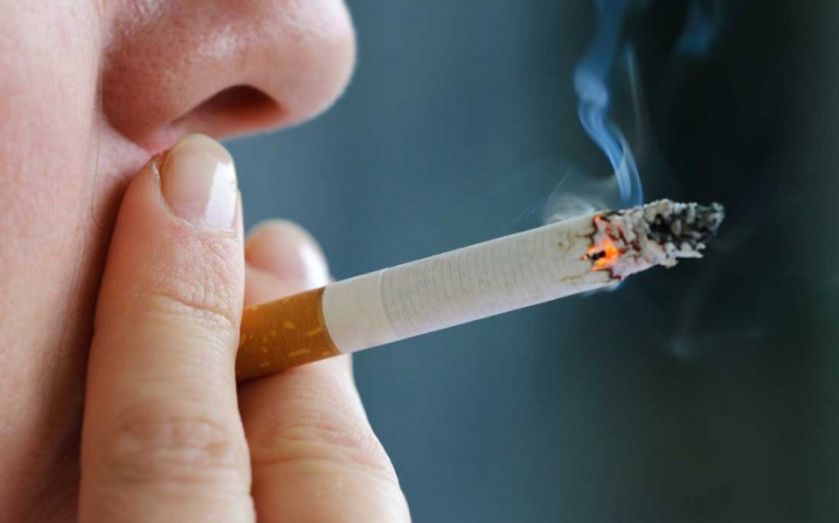 Of the many charitable campaigns tied tortuously to calendar months, Stoptober has to be the most effective. Unlike Dryathlon and Sober October, which do nothing more than make you feel slightly better about the 11 month bender that is the rest of the year, the aim of Stoptober is to give up smoking for good.
Nearly 10m people still smoke in the UK and 100,000 people die of smoking related diseases every year. Smoking-related diseases cost the NHS an annual £5bn.
It’s not all doom and gloom, though. If you do smoke, the benefits of giving up will be almost immediate. Within a day the carbon monoxide levels in your blood will return to normal and within a month, your chance of having a smoking-related heart attack falls to half of that of someone who still smokes – even if you’ve smoked for 40 years.
If you’re considering giving up this year, we’ve come up with five approaches to cutting out the cigs with pros and cons for each.

Pros: The willpower method is what most people do when they try to stop unaided. It doesn’t involve changing your thinking about smoking, just brute psychological resilience. Force thoughts of cigarettes to the back of your mind and go to battle with your cravings – not the most sophistocated approach, but it has worked for millions of people.
Cons: By calling on reserves of “willpower” you are acknowledging that by stopping smoking you are denying yourself something pleasurable. All very well when you’re feeling good, but what about those weaker moments, such as after a few drinks or when under stress at work? Perhaps it’s more constructive to look at stopping smoking not as self-denial but as something gained: time, money, breathing easily.

Pros: Allen Carr used to smoke 100 a day, until he stopped. Just like that. The penny dropped when he realised that focusing on distant, abstract negatives such as cancer don’t help. Instead, he explains in his international bestseller Easy Way to Stop Smoking, you should think of the immediate benefits of stopping, i.e. being richer, regaining your sense of smell, and not punctuating the day with a pointless, time-wasting activity. His fundamental point is that stopping smoking should be an enjoyable, rather than painful, process, and one that requires no will power. The best thing about it is that it works – Carr boasts a success rate of 90 per cent among those who read his books.
Cons: There’s a self-help happy-clappiness to Carr’s Easy Way, and this puts people off. He’s also so confident of success that if you do relapse there’s little guidance regarding what to do. However, of all the methods, Carr’s has the highest success rate. Legions of successful quitters preach the Easy Way gospel.

Pros: Hypnosis works by imprinting certain negative smoking-related associations on the brain. Once under hypnosis the hypnotist repeats certain logical processes (a popular anti-smoking one: “Smoking poisons the body, you need your body to live, you should respect your body and protect it”) designed to challenge the patient’s desire to smoke. If it works, it’s a quick and painless way to give up.
Cons: It’s a big if. Many medical professionals question the effectiveness of hypnosis as a cure for addiction, and it’s estimated that around one in four people aren’t able to be hypnotised. That’s a big con considering how much hypnotherapists charge. The American Cancer Society and National Cancer Institute state "Reviews that looked at studies of hypnosis to help people quit smoking have not supported it as a quitting method that works.” Damning words indeed.

Pros: The main pro is that you get to give up smoking without giving up smoking. You still get the ritual of sucking on a little stick, still get that nicotine hit and can still sneak off for a fag break at work, all without filling your lungs with nasty carcinogens. Studies have shown that many people who take up e-cigarettes eventually give up smoking altogether.
Cons: Because the wide use of e-cigarettes is a recent phenomenon, we know very little about the long term health risks of inhaling nicotine vapour (that said, the vast majority of scientists agree that the long-term effects of e-cigs won’t be as bad as if you were smoking regular ones). Also, by replacing normal cigs with the electronic version you don’t experience the true liberation of stopping smoking. You’ll still be spending money on a time-consuming addiction.

Pros: The NHS Stop Smoking Service is free and purports to quadruple your chance of stopping smoking. It’s not only the expert advice and free nicotine replacement, but also the structure of a programme you have to commit to. You also get a load of other medicine aimed at alleviating the affects of nicotine withdrawal, from headache pills to sleep aids.
Cons: The NHS leans heavily on Nicotine Replacement Therapy, which has been criticised for prolonging an addiction that’s best dealt with cold turkey. Once you’ve smoked your final cigarette, it takes approximately three days for the nicotine to leave your body, so why not just ride it out? The most effective methods for giving up smoking entail a change of mindset, and part of this is realising that nicotine isn’t something you have to wean yourself off gradually, but something you decide you’re no longer addicted to.