Stocks for a durable ISA portfolio in the Brexit years 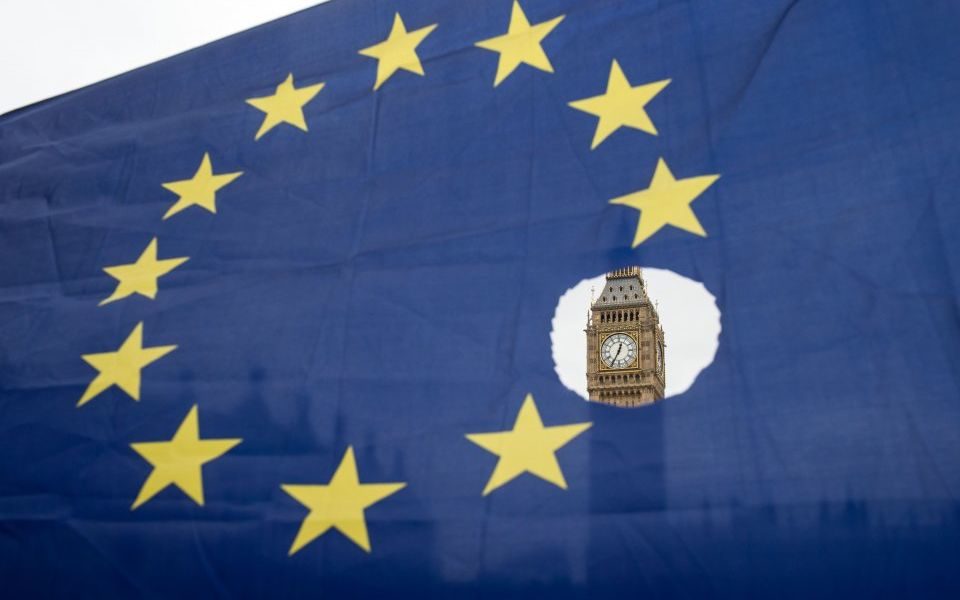 Be aware how sentiment towards equities hinges currently on whether Brexit is "resolved" by way of "Soft" business-friendly outcome, or the UK leaves the EU without a deal. If it's the latter, equities are programmed to take a hit albeit some UK stocks more than others, and overseas earners could rise as sterling would fall.

Mind also, if a "hard" Brexit combines with disappointment in the outcome of US/China trade talks, it would shift international investor sentiment to "risk-off".

So, while you could treat the stock ideas below as a notional portfolio, and take a tactical approach to filling your ISA. After a 10-year bull market, and despite central banks seemingly having abolished the business cycle with monetary management, it's also much harder to have strong conviction about individual stocks. So, my ideas behind the following could be applied more widely than these portfolio stocks alone.

With sterling-based profit only a few percent of group turnover, this is the kind of stock to consider as a hedge versus a hard Brexit causing domestic economic damage.

Smoking is an ethically abhorrent investment for some, but I'll confess the dynamics of a FTSE 100 stock over-shooting on the downside in recent months, then rebounding 35 per cent as if establishing a chart low, are compelling.

British American Tobacco (LSE:BATS) has de-rated from 5,640p mid-2017, partly due to fears around regulation of new smoking trends of menthol/vaping (seen as a substitute for long-term decline in tobacco sales), and also as “defensive” stocks went out of favour in the 10-year bull market, quite like in the late 1990's tech-stock boom.

Such a downtrend saw British American Tobacco capitulate to 2,375p last January, yielding over 8 per cent, despite very strong cash flow. At around 3,200p currently, it yields 6.25 per cent covered 1.5 times by earnings, with the forward earnings multiple around 10 times.

Even if regulators initiate a ban against menthol cigarettes in the US, estimated to constitute a quarter of BAT’s annual profit, it could take two years for rules to be finalised and another year to come into force.

This mid-cap property investment share is fully asset-backed via warehouse/logistics facilities serving the digital economy. Its end-2018 net tangible asset value, based on European real estate valuation modelling, was 153p per share and its prospective yield is around 4.7 per cent – a quality dividend supported by upwards-only rent reviews.

That doesn't mean the stock can't fall in response to a hard Brexit or a global crisis, but you have comfort that intrinsically it's based on a retail concept now fundamental to modern life (than shifts in demand for shops/offices).

Since Tritax Big Box (LSE:BBOX) declared its 2018 results on 6 March a new non-executive director, who is a chartered surveyor, has bought £50,000 worth of shares around 143p. It won’t turbo-charge your ISA, but it offers a sound risk/reward profile for challenged times. Scope for ongoing acquisitions is provided by a prudent mix of debt/equity, helped by keen support among institutional investors who use Tritax as vehicle for exposure to this attractive segment of the property market.

This soft drinks producer is one I've favoured from 585p as a contrarian/growth play, and still do. Two years or so ago the market was fretting over the introduction of a sugar tax, liable to compromise soft drink sales, but I argued Britvic was already offering no-sugar alternatives like fruit-based alternatives to squashes and fizzy drinks in the firing line, so could actually capitalise on the public health campaign against sugar.

Moreover, a teetotal trend among young people offers a long-term marketing opportunity and, although near two-thirds of revenue is UK-derived, international markets are developing well with an entry into Brazil.

Intrinsically, and taking into account forecasts, Britvic's (LSE:BVIC) earning power has increased by about a third, since early 2017. Chart-wise, the stock shows defensive qualities – it was near-uniquely immune to the second-half 2018 shake-out in global stock markets – and a current all-time high of 950p is up on a 2018 high of 850p.

This year's rally has been consistently strong from around 800p, such that Britvic's yield is down to 3 per cent versus a forward price/earnings (PE) ratio in the low teens, so I'd incline more to a 'hold' than 'buy' stance right now. Its chart also includes dips, so is a stock to be aware of lest market volatility does present a better entry price.

This is another mid-cap stock with durable prospects should the UK or indeed global economy suffer. Britain is a nation of animal lovers and pets require constant expenditure on food and healthcare, owners won't/can't defer. A minority might surrender them to a shelter during recession, but, overall, it's a resilient near-£5 billion market.

Retail chain Pets at Home (LSE:PETS) has had a testing time since flotation at 245p in 2014, rising to 311p then slumping to 110p by end-2018 as the group encountered managerial challenges with its expansion e.g. into veterinary services. There were also doubts about whether a physical retail presence would be undercut by rivals online.

Ex-private equity-owned businesses floated previously have also been doubted by investors. Yet this group has successfully diversified its offerings online and looks well-structured marketing-wise – under a new chief executive since April 2018 – as a complete pet-care company.

While I've been keen on this stock since 113p last August, when insiders were buying, I've two chief concerns which may explain why it's priced for a generous 5 per cent yield and the forward PE multiple is modestly in the low teens.

Firstly, the grooming salons could be exposed to a fall in UK consumer spending (though for now, employment and wage growth are strong).

I never like a big disparity in trade payables/receivables as you wonder if profit is flattered by late payments to suppliers. But, if the new boss can tidy up, this helps create upside as the balance sheet de-risks.

This is a riskier stock but merits attention for a high calibre underlying business in oil & gas industry services. A two-year-old probe by the Serious Fraud Office (SFO) into bribery allegations, drags on, although individuals involved have left and the "Unaoil scandal" involves plenty more companies.

It has so far not resulted in reputational damage: customers continue to cut deals with Petrofac (LSE:PFC) and its overall sound 2018 results put the stock on a normalised PE multiple sub-5 times, yielding around 6 per cent. So, despite a recovery from a recent low of around 380p, the share price significantly discounts a substantial fine.

Analysts at HSBC have estimated a 640p to 750p fair value target range according to potential fines, with the market price well down on 2015's high of 1,065p. Though the SFO could flex muscle it's not going to penalise stakeholders to the extent of crippling a business. Also, with OPEC managing oil prices better nowadays, this should sustain demand for industry services.

Even if the extent of fine was to surprise the market and be spread out over years – potentially compromising dividends – a stock set-back would more likely present a buying opportunity.

Petrofac has eliminated debt and has net cash of around £70 million equivalent. Its CEO owns 18.5 per cent of the group and will eventually retire, thus, given its services are well-respected and essential for the oil & gas industry, I’d rate Petrofac a long-term takeover target.

The chief near-term risk would be an off-chance of US/China trade relations breaking down once again, such that traders reverse the current oil price rally. Demand for services tends to closely accord with oil prices, hence global slowdown would also present a risk.

Three such examples offer opportunities for the medium term after de-rating sharply in the fourth quarter of 2018:

Burford Capital (LSE:BUR) is by far the largest, capitalised near £3.6 billion with its stock around 1750p. Continuing very strong performance by its litigation finance investments may well be resilient to any global downturn, given litigation is prone actually to increase during recession.

Against a risk of more rivals appearing in this space, Burford is diversifying to become a "litigation investment bank" which given its US-orientation and management could well mean it becomes a Wall Street takeover target.

Mind the scope for earnings volatility even so, despite a roaring run since I drew attention around 110p back in 2014, also a lock-up period ending that could trigger insider selling, and the stock last year showed vulnerability to a shift in market sentiment – falling nearly a third.

But litigation finance looks to have further mileage, internationally, and Burford is leader in this field, so continue to buy the dips.

Miton Group (LSE:MGR) at 57p is another one potentially exposed to a markets' setback, as a fund manager, where its reputation for small cap stocks could accentuate downside in the event of UK recession.

But as I've recently profiled after its 2018 results, as a near £100 million business it is well-positioned to capitalise on the fundamentally attractive economics of asset management – with operational gearing as funds expand, versus relatively fixed costs.

Despite near-term risks I see this business as significantly larger on a 5-year view hence a stock to accumulate.

H&T Group (LSE:HAT) around 300p is a £115 million pawnbroker and small-scale personal lending group, well-positioned to thrive in a more challenging financial environment.

Its 2018 results showed all-round double-digit progress versus a forward P/E of only 8 times, albeit modest dividend growth of 5 per cent for a near-4 per cent prospective yield. As recently discussed, I believe the stock's 2018 de-rating from a 370p high presents an opportunity to accumulate, likewise in any Brexit-related market drop. Price is also nearly fully supported by net tangible asset value.