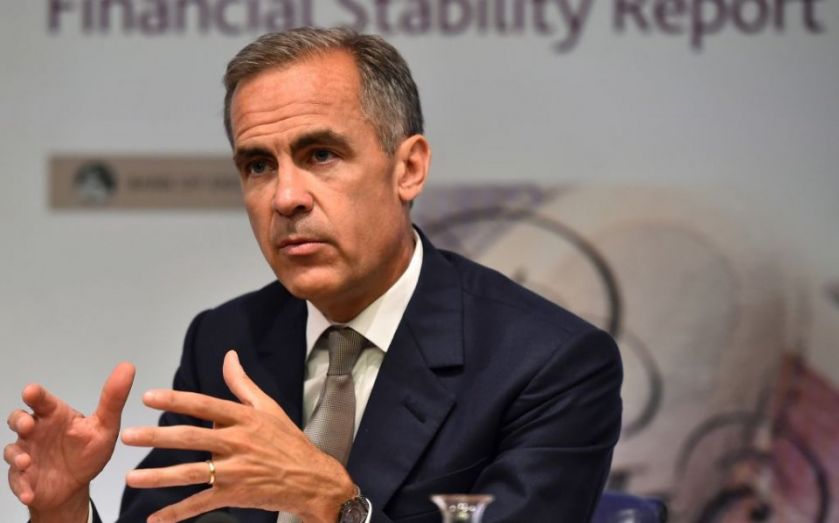 The pound jumped to $1.56 this morning after Bank of England boss Mark Carney said an interest rate rise is "moving closer" as he appeared before the newly-formed Treasury Select Committee.

"The point at which interest rates may begin to rise is moving closer with the performance of the economy, consistent growth above trend, a firming in domestic costs, counter balanced somewhat by disinflation imported from abroad," he said.

However Carney reiterated his view interest rates will not return to levels seen before the financial crisis.

"I do think there are a variety of factors that mean that the new normal, certainly over the policy horizon over the next three years, is substantially lower than it was previously," he said.

"I see no scenario in which they would move towards historic levels."

"His comments were clearly unexpected and caught the market off-guard with GBP/USD and GBP/EUR hitting their highs for the day at $1.56 and €1.413 respectively," Andy Scott, associate director of FX advisory services at foreign currency specialists HiFX, said.

But there have been signs that rate-setters could become split over when to hike interest rates from their historic low of 0.5 per cent. Martin Weale, one of two members MPC members who dropped their calls for a hike amid falling inflation in January, recently said the bank could hike the cost of borrowing as early as August.

And today MPC member Ian McCafferty, who confirmed he also thinks an interest rate hike is "finely balanced", told the committee that "as I look out towards the end of the forecast my perception of the risk starts to change towards the upside".