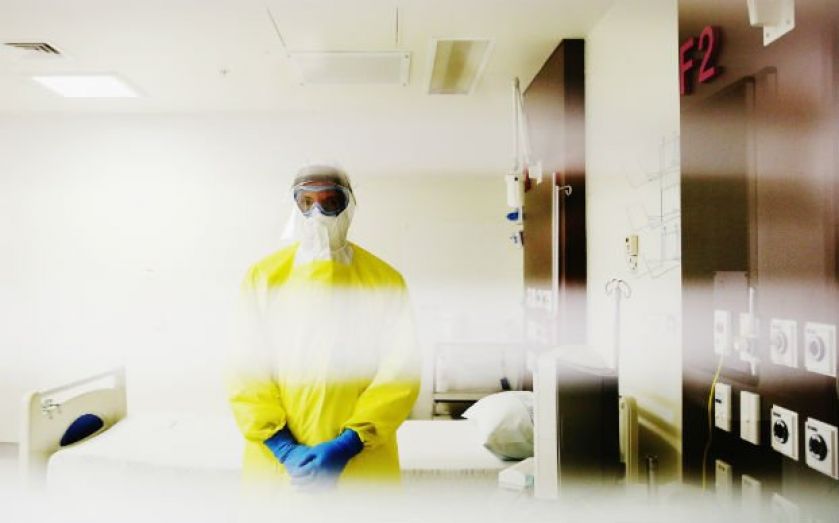 The spread of Ebola may be slowing down in Liberia, according to the World health Organisation (WHO).
Dr Bruce Aylward, assistant director general of the UN's health agency, said during a news conference earlier today that there had been a drop in the number of burials in Liberia and no increases in laboratory-confirmed cases.
He was optimistic that the global response to the crisis was making progress: “Do we feel confident that the response is now getting an upper hand on the virus?” he said during a news conference. “Yes, we are seeing slowing rate of new cases, very definitely.”
"We need to be careful here. This thing hasn't dropped off the cliff like that. We're seeing a reversal of that rapid rate of increase to the point that there seems to be a decline right now."
He said that if current trends continued, the worst hit countries of Guinea, Liberia and Sierra Leone should be able to "comfortably" meet a target to scale up Ebola-containment measures by 1 December.
But he added that he would be "terrified" if wrong conclusions were read into his statement and Ebola was thought to be under control. "It's like saying your pet tiger is under control."
Liberia is one of the countries worst hit by the epidemic that has already killed over 5,000 people in west Africa, and the rate of spread there has been worst of all the affected countries.