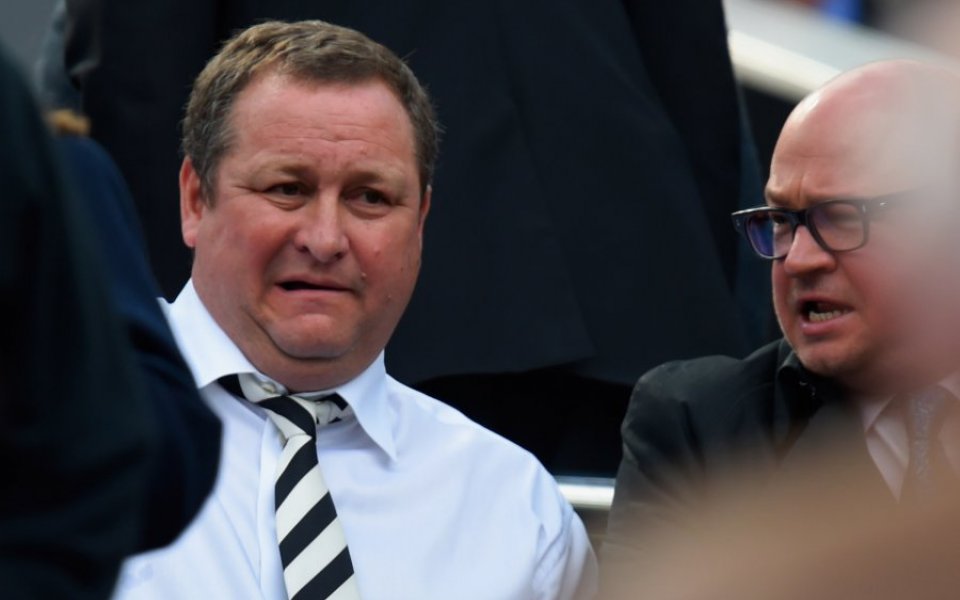 Sports retail performed modestly, with sales up 0.2 per cent, while the brands division – including Lonsdale, Dunlop and Slazenger – shone, up 10.2 per cent.

However premium lifestyle, which includes Cruise, Flannels, Republic and USC, was down 12.2 per cent. The hit came from the large number of USC stores that were closed during the period, Sports Direct said.

Sports Direct and its founder are rarely out of the headlines, with criticism of both its business practice and acquisition of other businesses being regularly levelled at management.

Yesterday the Guardian reported that the business was effectively paying its staff less than minimum wage, and there have been protests against its treatment of staff.

Then of course there are the commercial activities: chief executive Dave Forsey has been charged with criminal offences over the USC administration, it is going to war with shareholders at Findel over efforts to put a relatively unknown director on the board and of course, there's the small matter of its own shareholders attempting to revolt against Ashley during the AGM.

With all that going on, the fact that revenues were underwhelming at a time when most high street retailers are getting back on track means investors are unimpressed: Sports Direct's share price fell 5.3 per cent in early trading.

Chief executive Dave Forsey said: "The group has delivered another excellent set of results particularly given the strong comparable sales generated in the build up to the FIFA 2014 World Cup and after a generally mixed summer for the retail sector.

"Within sports retail our commitment to upgrading our store portfolio continues to deliver gross margin growth and is a significant contributor to our strong EBITDA result. We continue to innovate, refine and improve our customer proposition. In line with this strategy, during the period we opened new larger format stores in Leeds and Plymouth and combined gym and retail spaces in St Helens and Newport.

"Trading since the period end has been in line with management's expectations and, while we retain the ability to invest in margin, inventory and group marketing to deliver long-term sustainable growth, we remain confident of achieving the 2015 share scheme's revised underlying EBITDA target of £420m.

"We look forward to 2016 with confidence ahead of the Olympic Games in Rio de Janeiro and the 2016 European Football Championships in which England, Wales, Northern Ireland and the Republic of Ireland will be competing."

What the experts said

Julie Palmer, partner at Begbies Traynor, noted that "investors have been left disappointed by the retailer’s weak sales performance, particularly across its struggling premium lifestyle division, at a time when many of its high street rivals are streaking ahead."

She added: "“Shareholder rebellions and public protests around Sports Direct’s controversial zero-hour contracts and questionable warehouse working conditions have kept the retailer in the public eye for all the wrong reasons. Meanwhile this week’s positive update from main rival JD Sports has yet again shone a light on the gaps in the retailer’s multi-channel strategy and in store customer experience."